Things are popping up all over 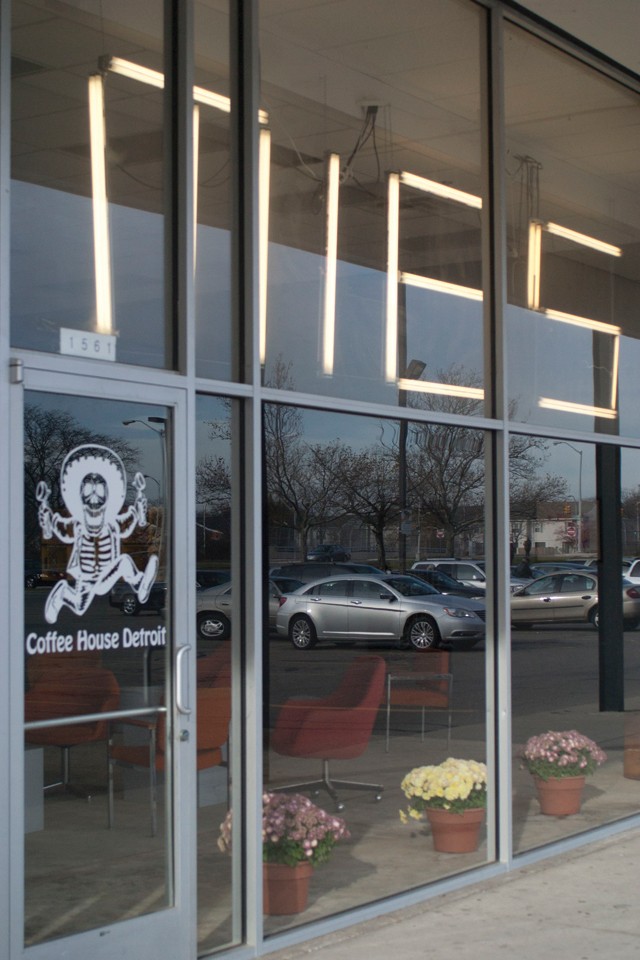 Popping up all over As we've heard from many residents of Detroit's West Village neighborhood, the closing of the Harlequin Café several years ago left a void in the neighborhood. Not only did the area lack a restaurant, but also a meeting space of sorts, where locals could get to know each other better. Thanks to the pop-up phenomenon, that void is filled — for the moment. A pop-up café and bakery, Coffee and Donuts, has opened in the former Harlequin space in the Parkstone apartment building. Plans are that the café will stay open through the holiday season, 7 a.m. to 4 p.m. daily, at 8047 Agnes St., Detroit.

Similarly, residents of Lafayette Park have for many years bemoaned the loss of a coffee shop, the beloved Paris Café, in the Lafayette Park Plaza. And, frankly, here at MT, we've been bummed as well, since the old Paris was a convenient near-downtown location with free parking to meet sources over a cup of java. So we, like the Lafayette Park residents, are enthusiastic about Café Con Leche del Este, a pop-up that's slated to run through Dec. 2 in ample digs (formerly occupied by a pop-up cultural exhibition about Lafayette Park architect Mies van der Rohe). The pop-up in the small mall on Lafayette a little west of St. Aubin is a satellite of the five-year-old Café Con Leche in Southwest Detroit. Owner Jordi Carbonell said he's responding to requests from the Lafayette Park neighborhood for him to fill the neighborhood's caffeine void. In the short-term, it certainly is doing that. The other day, barrista Christian Salcedo looked at the dozen-or-two so late-morning coffee-sippers and told us, "We're staring to get some regulars. The community has been really receptive." Carbonell, reached by phone on Monday, agreed about the reception. And the long-term prospects? "We're thinking. There's a lot of potential. It's not 100 percent," he said, and noted the challenges as a business owner in running a second location. So, Jordi, weigh one more factor on the plus side: It will be good for the future of journalism. Café Con Leche East, at 1561 Lafayette, offers a menu similar to the original's, including coffees, teas, maté and other beverages, as well as pastries, wraps, etc. You can follow the new and old Café Con Leches on Facebook. It's open Monday-Friday 8 a.m. to 2 p.m. and Saturdays and Sundays 9 a.m. to 3 p.m. If those hours don't work, there's an extra opportunity to check the joint out from 7-10 p.m. Friday, Nov. 30. That Band — not to be confused with the Band — will perform for a complimentary wine and beer tasting with half of the proceeds going to the Capuchin Soup Kitchen. That event is 21-and-older.

Know of any fun food events happening around town? Let us know! Call 313-202-8043 or email mjackman@metrotimes.com.

Joanne Weir has a passion for cooking and loves teaching others to enjoy the meals she whips up. Her television show's companion book, Joanne Weir's Cooking Confidence: Dinner Made Simple, is filled with recipes that can make a competent, confident cook out of anyone willing to invest the time to combine pure and fresh ingredients while following her techniques. Often, it boils down to adding a special touch to add a bit of piquancy. Her spicy harissa aioli, for instance, adds another level of flavor to the grilled summer vegetable sandwich. Make extra. It's scrumptious on meat, seafood and poultry; just about anything savory.

All of us serious pizza aficionados are continually engaged in the never-ending search for ways to perfect our pies, always tweaking recipes, altering oven temperatures and trying different cooking surfaces. We use baking pans, ceramic pizza stones and unglazed quarry tiles to improve oven spring, the final burst in the expansion of dough once it is loaded into the oven. The latest is a "baking steel," which does the job thanks to its high heat conductivity. It's not cheap, but unlike the other tools that wear out or crack, a baking steel can last forever. They come in thicknesses ranging from a quarter-inch to a half-inch.