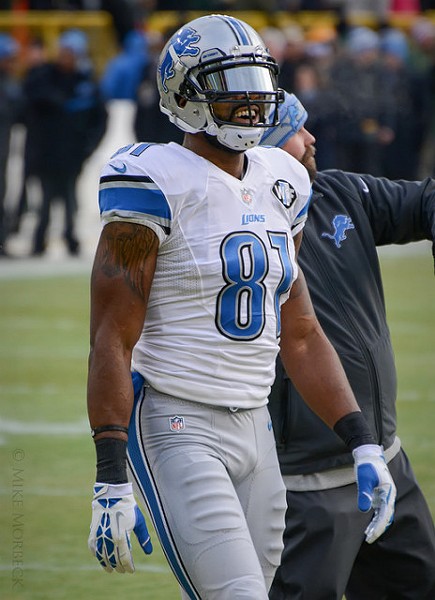 The Michigan Medical Licensing Board voted 4-0 in favor of Johnson and his wife Brittney's prequalification to pursue a Michigan medical marijuana license, Freep reports.

This is Johnson's second attempt to obtain licensing to open a dispensary after being denied all four preliminary license applications in December. The licenses, which included licensing for growing facilities, a processing center, and a provisioning retail location, were ultimately halted due to Johnson's decade-old traffic violations in Atlanta.

Upon discovering the reason behind the board's denial, Johnson's spokesperson, John Truscott, told MLive that the record-breaking wide receiver traveled to Atlanta immediately and resolved the four reported violations. The violations ranged from driving without a license to failure to maintain a lane, all of which were accrued while Johnson was attending training camp.

While the prequalification status is a win for the Johnsons, who plan on operating under the name Michigan Community Collective, the next hurdle will be in finding a location for their proposed dispensary. As of this month, more than 250 Michigan municipalities have opted out of recreational marijuana sales.