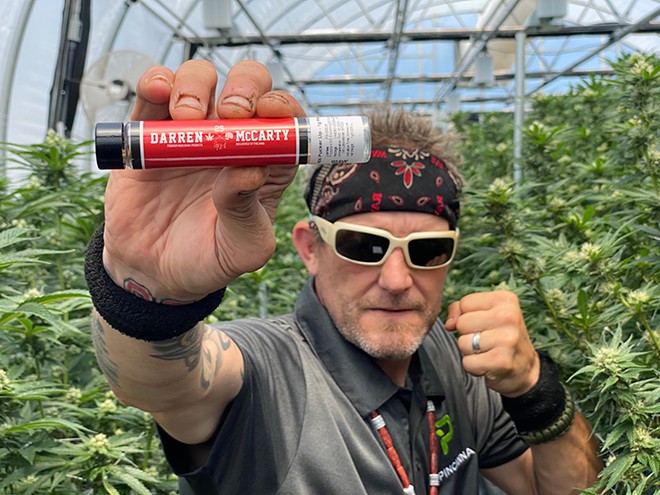 McCarty will be on hand from 4-7 p.m. on Thursday, Feb. 25 to sign autographs and promote his line of Darren McCarty "Pucker Up" pre-rolls.

McCarty has credited cannabis with helping him overcome his struggles with alcoholism, telling the Detroit Free Press, "I'd be dead without it." he entered the cannabis industry last year, partnering with Michigan cannabis company Pincanna.

McCarty is one of several athletes to go public about marijuana use in recent years, and major leagues have decided to loosen restrictions on the drug to help players cope with pain.