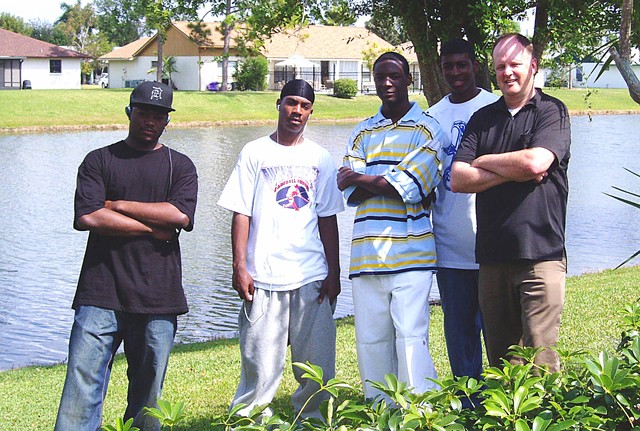 Baseball home openers, with all the hot dogs, hot chocolate and hot corner clamor, stay with you for years. Like when I saw the Yankees edging the Tigers 2-1, April 6, 1987, despite Larry Herndon's colossal 500-foot blast soaring over my silent scream into the Tiger Stadium upper deck bleachers. The game on Opening Day can foreshadow truly unforgettable seasons, even when ending in a loss.

Speaking of lasting opening game memories: No one in Michigan should have played baseball on April 4, 2007. At least not outdoors, not when April so cruelly mimicked December. Thin batting gloves left my fingers freezing, so, as coach of the Oak Park Knights, I tossed mine to one of our most broke ("ghetto") players, one who kept batting barehanded, too shy to ever ask for a momentary loan. We grimly waited for the other team, the Avondale Yellow Jackets, to show. I kept turning to one of my volunteer assistants, Art Mellos, "This your coldest wind-chill ever for a game?" Art's long playing career culminated at Eastern Michigan University, but the chilly wind drowned out his glory days nasty weather boasting.

Like most high schools, baseball and softball are typically the least supported of any of the major sports programs offered. The American cliché of "football first, basketball second and everything else after" prevails. Due to the poverty and limited resources plaguing most urban settings, this means most city kids just don't play much baseball anymore. Somehow, for several years, I managed to recruit a small group of players willing to raise money and start spring training each February in Delray Beach, Fla., at the Bucky Dent Baseball School. Five weeks earlier, four of these players had been throwing beach sand after a week of throwing baseballs in the warm Atlantic sun, including two seniors who had never been on a plane before (I used to drive the guys down before marriage made me smarter). One player endured special teammate ridicule for believing socks were the preferred beach footwear. On this Opening Day, the guys were about to experience another lesson in a unique version of snow ball.

We had a brief head start, already fielding half a team, but at Oak Park High School, with no Little League, Babe Ruth or middle school feeder programs, and a Junior Varsity about to be terminated, we had to play harder preparing for a long-shot playoff run (every school qualifies for at least one initial playoff game). We had never won more than a half-dozen games per season in more than 20 years, which translated into at least a dozen defeats per season, some as 5-inning losses under the humane 10-run mercy rule. This included 19 years without a playoff win. This losing season streak should also have an asterisk, since, for much of the 1990s, baseball or softball did not even exist in Oak Park schools. The sport had been cut by an earlier school board and superintendent, along with various art, drama and music programs. A decade later, some of these programs had yet to return to the district.

The team survived on a barely playable dirt field with two boxes of baseballs, generic red and white pinstripe uniforms and vague reassurances that two umpires would be present for home games (with an available, if perennially late, school bus for the road). How we were able to compete at all was up to the head coach and my two volunteer assistants, Art and Ken "Mad Dog" Stechuk, a ball-playing friend since Little League.

Fan attendance had always been sparse enough to note who came to cheer the Knights. We usually drew only one or two noisy moms and one quiet dad per game, but in seven years, three different athletic directors had witnessed a combined total of only two innings of Oak Park baseball. No principal or assistant principal ever observed even one inning. Disgruntled coaches privately spit such trivia from dugouts furnished with the extra equipment they purchased beyond their meager allotted budget.

Less than a half-hour before game time, the metal stands and the adjacent running track were completely barren. The athletic director could have strolled outside and quickly postponed the contest with a couple of short phone calls. He instead drove home, leaving only the umpires with the power to delay or call the game.

Eleven courageous Oak Park players tried to stretch, throw and shiver through a feeble pre-game regimen, which proved to be a major tactical error. We should have warmed up inside the gym or, better yet, in an athletic field house and then on a hot bus like the belated visitors from Avondale, a considerably more affluent school district much farther north of Detroit. We also should have worn at least three undershirts beneath the long sleeve shirts under our jerseys. Avondale hailed from an upper division superior to Oak Park, so this typical Michigan High School Athletic Association (MHSAA) non-league game did not have to be made up if it was (understandably) canceled. "If the underpaid umpires arrive," we thought, "surely they'll call the game."

Two strangers resembling a darkly-clad ski patrol marched up five minutes before game time. Pleading, I stuttered how these conditions were unplayable.

They shrugged me off, muttering how the disadvantage affected both teams equally. The opposing manager, probably sensing a mercy-rule onslaught, simply clapped his gloved hands and buttoned his coat up to his chin. Shaking my head, I yelled at the team to take the icy field.

As a mini-snow squall began to swirl over the diamond, we quickly discovered the profound difficulty in catching and throwing a ball to first base. Everyone moved in close, as if somehow we might be a little warmer if we didn't stand so far apart. Their lead-off cracked a ground ball past our paralyzed shortstop. The ball rolled over the rock-hard tundra all the way to the fence as an improbable triple.

On the game's second play, our best infielder, freshman LaSaan Harris, tried to three-hop a simple throw into the wind from third to first. The routine ground ball turned into a two-base error signifying a glacial three innings. These three innings still must be played before the extra-merciful, 15-run mercy rule kicks in. We make seven errors in the first inning.

One of our outfielders, Kenneth Jordan in left, seemed unable to bend over when the baseball rolled past him. When our centerfielder heaved the ball in the direction of third base, Kenneth simply braced himself against the fence, and stayed there, a frozen scarecrow, unable to respond to our feeble cries. We escaped the first inning slaughter through three strikeouts with two different pitchers, after 19 runs had been scored.

Our starting pitcher Clayton Jr. was thrown out of the game after hitting a batter, walking two more, and then hurling his glove in the air while arguing balls and strikes. A general no-no for baseball on any level, surely his gesture offered a worthy exception given a well-bundled home plate umpire enforcing a postage stamp-sized strike zone on the coldest day of the year.

Kenneth shuffled slowly into the dugout to gather his frozen belongings. As the umpires illegibly signed our scorebook, Kenneth mumbled to Art how he just had to leave. He quietly disappeared, never to return to baseball. He would bashfully turn in his uniform on the last day of school.

We fell down to nine players and still no fans. Late in the second inning, as another gust of snow flurries dusted the field, two fathers suddenly appeared. The dads offered stunning charity: a dozen steaming hot chocolates. Many of us were now actually showing early signs of frostbite. My red hands lacked sensation, yet no player urged me to pull them from the field, at least until we got our due last at-bat. Avondale's centerfielder made a diving catch in the play of the day (though only two catches were recorded the entire game). It doubled up our lone base runner for that inning, Jonathan Gordon, rounding third for the final out.

As the umpires scurried away, the two teams remembered to congratulate each other at home plate. Avondale raced to their idling bus and we staggered into the gym, more than two hours after we had first stumbled into the unforgiving chill.

In three long innings, we committed 14 errors and lost 31-1, perhaps a school record. The guys conceded Avondale was the better team, yet something seemed wrong in how we found this out. We slowly tried to shake off the cold, slumping on the empty gym bleachers. The coaches had to say something, and we wondered if we should emphasize the positive, such as our three hits, including Jonathan's two-bagger and lone run?

Curiously, these youngsters seemed more attentive than usual, perhaps because they were too cold to be restless, but maybe because they agreed with my assessment that they gained an inner strength they didn't know they had, that they had just passed a different kind of character test they would never forget. This was no minor message for these young men, many of whom had few, if any, adult males in their lives encouraging this kind of growth. We shared a few laughs reviewing proper first aid procedures for frostbite.

Snow flurries continued on the drive home under the darkening sky. I left a terse message on the athletic director's voice mail that we should never have played that game and that our school trainer should have been present to administer some climate-related first aid. Two years later, I would lose my coaching job over such outspoken criticisms about an alleged ongoing lack of support for our baseball program. A new contract clause no longer supported hiring teachers as coaches. In 2009, the baseball field would be bulldozed over for a new softball facility instead.

Still, at that moment, I remember snickering, almost smiling, in spite of a broken car heater fan. The radio had affirmed a temperature of 16 degrees Fahrenheit, with a wind chill of 0 degrees for this extraordinary Home Opener. Major League Baseball and the Detroit Tigers would cancel their home game the following day. The Oak Park Knights would be back working on their hitting, in one half of the school gymnasium, as if the promise of April would never end.