The people who died, 2018: Gary Burden, essential album cover artist of the 1970s 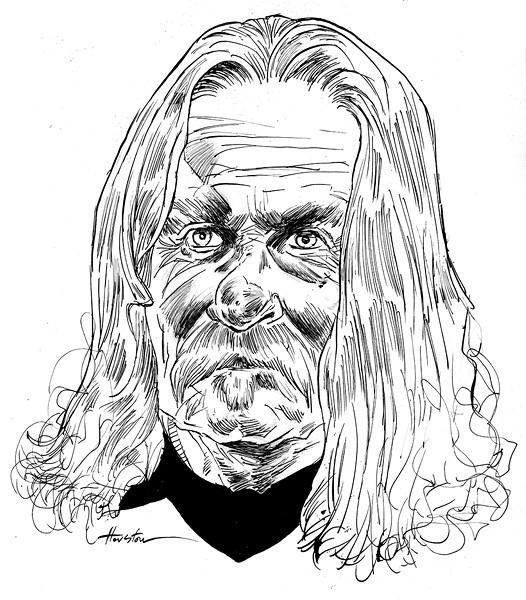 As an elder millennial, I sort of straddle two worlds: the analog and the digital. I didn't have a cell phone until I was a junior in high school, but I've been downloading music since the days of Napster and Limewire. That being said: I remember what it felt like to hold a CD, tape, or record and cherish it in a different way than we do now — an era when we just pay $10 a month for unlimited streams of almost every album of every artist ever.

I specifically remember being in the gigantic Tower Records in New Orleans and flipping through an entire wall of darkwave/industrial CDs, mesmerized by how many they had. Or going home with a brand-new batch of music and sitting on the floor in my bedroom, unraveling the album artwork and reading the lyrics along to the music.

It was quite a different age, and some of the folks that helped make it so were the geniuses behind some of those album covers.

If you dig classic folk-rock, you probably remember the cover of Joni Mitchell's Blue album, a close-up, high-contrast midnight-blue portrait of Mitchell gazing downward. It's melancholic and rich and, most of all, it evokes feeling in the viewer. Burden designed that. The former architect was a sought-after album designer starting in the late '60s for many a rock & roller, from Mitchell, the Doors, and Crosby, Stills, Nash & Young, to current artists like Conor Oberst, best known for his work in the emotive indie folk project Bright Eyes.

"Gary always wanted the album packaging to reflect the spirit of the music and the wishes of the artists as much as possible," Oberst said about Burden in a recent article in The New York Times. "He was often at odds with record labels when they sought to cut costs at the expense of what he and the artist had envisioned. Gary usually won those battles."

While studying architecture at UC Berkeley, Burden met Cass Elliot of the Mamas and the Papas, who would ultimately be the one to turn him on to designing album covers for a living. "I met her and she asked me to do a remodel of her home in Laurel Canyon," Burden said in a 2015 video interview with NPR's "World Café." "So she's the one who said, 'You know, Gary, you should make our new cover; you know how to design stuff,'" he recalled.

The rest, you could say, is history. After a lifetime of contributing his own art to the music community, Burden died this year on March 7. No cause was given.

As time seems to slip faster beneath us and technology speeds the world up, Burden's death is a reminder to slow down and look at the details; feel the textures and edges and maybe sit with — and breathe with — a piece of album art. It'll most likely enhance the entire musical experience.