Dude, taking a shemale's member up the bum doesn't make you gay 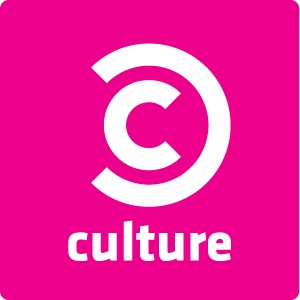 A: Give yourself a break, WSOWS. Yes, yes: You did the gayest thing a guy can do — you allowed someone to put a dick in your manbutt — but now you're doing the second-gayest thing a guy can do. You're being a huge drama queen about the whole thing. Stop acting so cray, as the kids say, and repeat after me: One dick in the ass does not a gay man make. Look at it this way: The difference between having a woman's finger in your ass and having a woman's dick in your ass is a matter of degree. If the woman's finger was fine — to say nothing of the woman's tongue — why freak out about the woman's dick? Remember: You don't sleep with men, you're not attracted to men. You made an exception for this woman's dick because her dick is exceptional: It's attached to a woman.

So maybe you took a longer walk on the wild side than you might have if you'd gone on that walk sober, WSOWS, but thankfully, your sex worker was conscientious and responsible and used condoms. So you didn't emerge from this encounter with anything more devastating than a touch of gay panic. Be a man about this — be a straight man about this — and walk it off, as the football coaches say.

Maybe this will help: Like a lot of gay men, I had sex with a woman before I came out. I did the straightest thing a guy can do — I put my dick in a vag — and it didn't make me straight. You did the gayest thing a guy can do — you let someone put a dick in your ass — but that didn't make you gay. Because you're not gay, WSOWS, and one ride on a trans escort's dick can't change that.

If nothing I've said has made you feel better, WSOWS, maybe this will: Gay men don't hire trans women sex workers. Wanting to be with a woman who has a dick is an almost exclusively straight male kink. Gay men are into dick, of course, but what we're really into is dudes. There are gay men out there who date and fuck and shack up with trans men — men with pussies — so not all gay men are after dick. What we're all after is dude.

Q: I'm a married straight man. I recently spent a lovely day snorkeling with my wife in Mexico. We were grouped with three men who were obviously in a committed three-person relationship. I lacked the cojones to ask directly, but they had an extensive travel history together and lived together, everything was "we" this or that, and there were various PDA pairings during the day. They were lovely people. I wish we all lived in the same city, as it's hard to meet cool people who aren't exactly like you when you're married with kids. Several questions: 1) What do gay people call such a union? 2) Does the gay community think it's odd? Unremarkable? Sensible? 3) How does a union like that form? A couple adds a third? 4) Do these relationships last? Lots of pros and cons, just curious how it plays out.
—Three-way Relationship
Intrigues Oblivious Straights

3) In my experience, yes, that's usually how it happens.

4) Throupledom presents unique challenges: Major life decisions require buy-in from three people; two can gang up against one during arguments; the partners who were coupled before the third came along may treat the third as a junior partner, not an equal partner, etc. But throupledom presents unique benefits, too: another set of hands to help around the house, another income to pay down the mortgage, another smiling face to sit on, etc. And it's not like coupledom is a surefire recipe for success. Half of all marriages — those traditional "one man, one woman, for life" marriages — end in divorce. Yet discussions of throupledom all seem to begin with the assumption that coupledom is a self-evidently more stable arrangement. Maybe it is, maybe it isn't. I'd like to see some research comparing throuples to couples before I accept that premise.

Q: I recently used the term "saddlebacking" to indicate the position where a man rubs his penis between his partner's ass cheeks as either foreplay or nonintercourse sex. My girlfriend, a regular reader of your column, insists that I used the term incorrectly. Did I?
—Rubbed The Wrong Way

The act to which you refer — rubbing your penis between someone's ass cheeks as foreplay or as a substitute for intercourse — is known variously as frottage, outercourse, the Princeton Rub, or "the pearl tramp stamp." But in Chicago, it's known as "the Cardinal George."

Find Dan Savage's weekly podcast every Tuesday at thestranger.com/savage. Reach him at mail@savagelove.net or @fakedansavage on Twitter.