Hanging and chatting with Mulenga Harangua 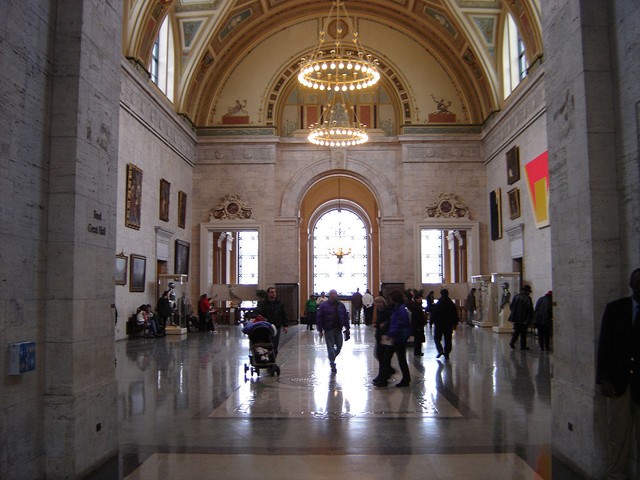 The Detroit Food Policy Council will hold a listening session on the "Land Sale Process in the City of Detroit" at 5:30 p.m. Wednesday, Aug. 22, at the Gleaners Community Food Bank. Call 313-833-0396 for more information.

Mulenga Harangua and I sat on the back porch of the house where he's been squatting the past few years, watching the rain fall. It's been a hot, dry summer and a rainy day was welcome respite for me and for his big garden that stretched onto an adjoining lot. Raindrops pattered on the leaves of plants, making them dance like little waves across the yard.

"Man, I hope this storm doesn't get too bad," Mulenga said. "When we had that hail last month it really messed up my garden. Anything with a broad leaf got torn up and it broke off branches on a lot of my tomatoes and peppers. My lettuce was in really bad shape, but the good thing about that is it grows really fast."

"Tell me about it. I got a bunch of tiny dents on my car from that. But your garden looks pretty good now."

"One thing about nature, it will repair itself, just not necessarily on our schedule," he observed.

"Well, it seems to be recovering, and I've got to say that you have fixed this house up pretty good too. It's not the raggedy place you moved into."

Mulenga's smile was so big that it seemed the sun was cutting through all the gray clouds. "Yes, it's really feeling like home. I'm even thinking about buying the place."

"I been hustling this summer, working with a guy collecting scrap metal a couple of days a week, and I have about 20 folks I'm delivering produce to. I got a few hundred dollars saved up for the first time in I don't know when. I'm thinking about going legit. I know I'll need more for the house, but I'm starting to think about it."

"This place looks like it's a part of the Detroit Works project. I saw a picture in the paper the other day. Everything looks so neat and green."

"Except I've been doing the work here, not the city," Mulenga said. "That's why I'm thinking about buying — before somebody else comes in and buys the place out from under me. It takes a couple of years just to get the dirt where you need it to be. Hantz Farms got all that land from the city for about $300 per lot. I thought I should get some myself. There is plenty of vacant land available."

"The difference is that you're not buying in bulk like Hantz. They bought some 1,900 vacant lots. Plus you've got a house on the property. But the biggest problem is that the city probably won't try to help you at all. I know a guy who's been farming several lots and doing pretty good. He's been trying to buy them all and he can't get the city to tell him who owns the land. He bought land outside the city because he doesn't want to build a business on land he doesn't own."

Mulenga frowned as deeply as he had smiled earlier, and the rain seemed to pelt down a little harder. "So it's the same old crap. The rich get richer and the poor get poorer. It's like that Romney Hood thing (Robin Hood in reverse) that President Obama was talking about the other day. If Hantz can get land from the city and the county, why can't folks who have been fixing up this place all along get a piece of the action too?"

"I don't know. Maybe when this Detroit Works thing gets going things will open up."

"I can't depend on that. Detroit Works got put on the sideline while the city got into this consent agreement thing with the state. Now that we're struggling with this Public Act 4 being set aside until the November election, who knows what's going to happen with Detroit Works? I think they're going to be spending a lot of time fighting about what the Public Act 4 thing means to the city."

"But the city is under a consent agreement, not an emergency manager," I reminded him.

"But the main reason they consented to the agreement was they were being threatened with an emergency manager. Snyder knew that if he appointed an emergency manager for Detroit that people were going to freak out. It's just a big mess — the public schools, the city and the water department under fire, everybody suing each other over technicalities in the law."

"Yep, it's a mess, but that's democracy for you. Everybody gets to be heard and everybody gets their day in court. Sounds like money time for the lawyers. I read something from Gov. Snyder's spokeswoman on Public Act 4 where she says the state expects plenty of litigation."

"Oh, there's going to be plenty of litigation going on no matter who prevails. The minute the state Supreme Court ruled in favor of Stand Up for Democracy to put Public Act 4 to a vote, Roy Roberts went to court to keep his power over the elected school board. He's as bad as Bob Bobb was. And they both seem as ineffective as Gov. Engler's appointed school board back in the 1990s. As far as I'm concerned it's all about whose friends get the contracts from these institutions."

"Well, that plays into it."

"And we're just getting played."

The rain stopped and the sun began to peep through a few cracks in the clouds. We got up and walked around the garden. The eggplants glistened in the bit of light that hit them.

"Well, Mulenga, there's plenty of bad stuff to argue about around here. Tell me what's good."

"I like that the millage to support the DIA passed in the election. I like going over there once in a while."

"Maybe this is the beginning of some real regional cooperation around here. If we can agree on the arts, maybe there are other things we can agree on. Did you vote for it?"

"Well I still don't have a legal address. That's another reason I was thinking about buying the place. I want to be able to vote for Obama. I want to show these folks pushing the voter ID laws that they can't disenfranchise me."

"Well, I like that President Obama seems to be putting some distance between himself and Romney in the polls. I know it's a long time until the election, but the bigger the gap the harder it will be for him to close it."

"And these are good too." Mulenga pulled a few cherry tomatoes from a plant and handed them to me. I tossed one into my mouth. The tomato was warm, juicy and sweet. I closed my eyes and felt transported far away from the grit and hard times of the city."

I sighed. "You know, Mulenga, you seem to have changed a lot over the past couple of years. You're more settled and focused. I've never heard you talking about owning a house."

"Something about digging in the dirt and growing food seems to take you back home. I'm meeting my neighbors and have some control over my life. That feels good. I guess that's why people are fighting so much over Public Act 4. They want control over their lives and their city."

I tossed another tomato into my mouth and tasted the sweet juice drifting over my tongue. It was nearly as sweet as seeing my friend get himself together.

Larry Gabriel is a writer, musician and
former editor of Metro Times. Send
comments to letters@metrotimes.com