Godzilla and the Great Lakes

Why nuclear plans for our water wonderland must be opposed 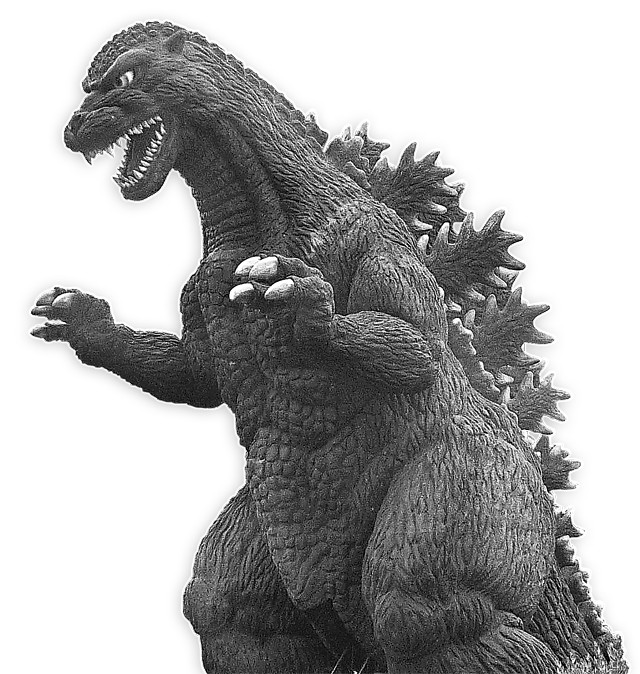 As News Hits walked away from a weekend conference that focused on this region's nuclear issues, we weren't sure what should be worrying us the most.

Is it the proposed underground repository in Ontario, where low- and intermediate-level nuclear waste would be buried within a mile of Lake Huron? Or the plan to ship radioactive boilers down the Detroit River and though the St. Lawrence Seaway to Sweden? Maybe it's the effort to build a new nuclear power plant down in Monroe, or perhaps the attempts to re-license the much-troubled Davis-Besse plant along Lake Erie in Ohio?

The conference, held on Saturday at Henry Ford Community College in Dearborn, and attended by about 50 people, featured a handful of experts long engaged in battles with the nuclear industry.

During one of several PowerPoint presentations, a photo of Godzilla appeared on the screens placed around the room. Introduced to the world by Japanese filmmakers in the 1950s, the monstrous mutant created by nuclear detonations serves as a fitting metaphor for the horrors currently unfolding at the badly damaged Fukushima Daiichi reactors.

Just as Godzilla hovered menacingly on the screens, the Fukushima disaster served as a backdrop for the conference, providing a devastating example of just how nightmarish reality can become when the unthinkable occurs.

And just as the world is now wondering how the Japanese could ever have been foolhardy enough to build something as inherently dangerous as nuclear power plants above earthquake fault lines, future generations will one day look back with bewilderment and dismay at the craziness of locating nukes in the heart of the Great Lakes, home to 20 percent of the world's fresh surface water.

A few days after the conference, as we were still trying to make sense of it all, we dispatched an e-mail to several of the event's key players, asking them to help us tie the disparate threads together.

Among those replying was Gordon Edwards, co-founder and president of the Canadian Coalition for Nuclear Responsibility. Edwards, who has a Ph.D. in math and at one point considered a career in the nuclear field, provided us with this observation:

"I think the common theme of all this is that the second phase of the nuclear age is upon us.

"In the first phase, we were promised clean, safe, cheap, abundant energy, with the promise that all radioactive waste materials will be meticulously isolated and segregated from the environment of living things.

"In the second phase, we see the reality — the nuclear industry is struggling for survival, the nuclear facilities are rapidly deteriorating, the variety of radioactively contaminated materials is much more voluminous and intractable than ever imagined by the nuclear proponents, and so the biosphere is threatened as never before by accidental (Chernobyl, Fukushima) and deliberate (steam generators, deep underground dump) releases of hundreds of radioactive species, each with its own unique pathways through the environment and the human body.

"If we think the Japanese were tempting fate and jeopardizing everything by building multiple nuclear reactors in a known earthquake zone, what are we to think of the Canadian and Americans playing radioactive roulette with the most important body of fresh water in North America and perhaps in the entire world by resuscitating geriatric reactors (Davis-Besse and Fermi-2) which are strategically placed to ensure contamination of the Great Lakes if accidents occur, building new ones (Fermi-3 and Darlington, Ontario) right on the shores of these precious waterways, and digging a hole to store a pirate's treasure-chest of unimaginable size and scope to store a bewildering variety of radioactive poisons less than a mile from Lake Huron?

"People on both sides of the border and in all walks of life have to say, this is perhaps out of the sight of most of us, but it is most definitely out of mind — that is, insane — and should not be allowed by a population of so-called intelligent beings."

After Edwards sent us that message, he sent another one containing news about a controversy involving the Bruce Power nuclear plant in Kincardine, Ontario. The Canadian partnership that owns Bruce wants to ship 16 bus-size nuclear steam boilers with radioactive components to Sweden, where about 90 percent of the metal will be melted down and sold as scrap. The remaining 10 percent, which can't be recycled because the level of radioactivity is too high, would then be shipped back for permanent storage at Bruce, which is North America's largest nuclear facility.

The plan to ship the boilers — which would bring nuclear waste down the Detroit River and then back up again when the most radioactive material is returned — is opposed by 70 municipalities as well as First Nations tribes along the Great Lakes.

Edwards cautioned against premature celebration, however.

"There has been no announcement by Bruce Power that they are abandoning the project," Edwards noted. "In fact, Bruce Power stated earlier this year that the shipment would be delayed until the fall of 2011 in order to allow time for BP [Bruce Power] to consult with the First Nations communities who are opposed to the shipment."

What's significant, though, is the effect that organized opposition has had on the scheme. It is a lesson that needs to be taken to heart.

"The overarching message [of Saturday's conference] was that Americans, Canadians and Native Americans — especially those of us living in the Great Lakes state of Michigan — must rise up to stave off multiple radioactive threats to the Great Lakes. Twenty percent of the world's surface fresh water, the drinking water supply for 40 million people, is at stake," observed Kevin Kamps, a "radioactive waste watchdog" with the national nonprofit Beyond Nuclear.

"Southeast Michiganders should urge their elected officials at all levels to protect this region against these multiple radioactive risks. Elected officials should be pressured to do their job of protecting the public by speaking out against old reactor risks at the Fukushima-twin Fermi 2 atomic reactor, as well as at the problem-plagued Davis-Besse nuclear power plant. The state of Michigan as a whole should rise up to put a stop to radioactive waste risks at Bruce nuclear power plant 50 miles across Lake Huron in Ontario. And U.S. Senators Carl Levin and Debbie Stabenow, and the entire Michigan U.S. House of Representatives delegation, should nix the nuclear power industry's $36 billion money grab at the U.S. Treasury for the building of new atomic reactors, such as Fermi 3 in Monroe."

As for those who say we need nukes — and more coal-powered plants, for that matter — to meet future energy demands, a just-released report from the Intergovernmental Panel on Climate Change offers a potent retort.

The work of more than 120 "leading experts from all over the world," the study found that "close to 80 percent of the world's energy supply could be met by renewables by mid-century if backed by the right enabling public policies. ..."

The means of crafting a future free of nukes are there; what's needed is the collective political will to make that future a reality.

Events like the one Saturday are what keep us moving in that direction. For those who attended, the coming together helped provide impetus and energy. As Sierra Club activist Ed McCardle explained to us, "For many people it was like a religious experience."

What he and others are hoping is that the rest of us will finally see that non-nuclear light.

If not, then prepare to deal with Godzilla, because it will only be a matter of time.