Gorilla's in the cyst 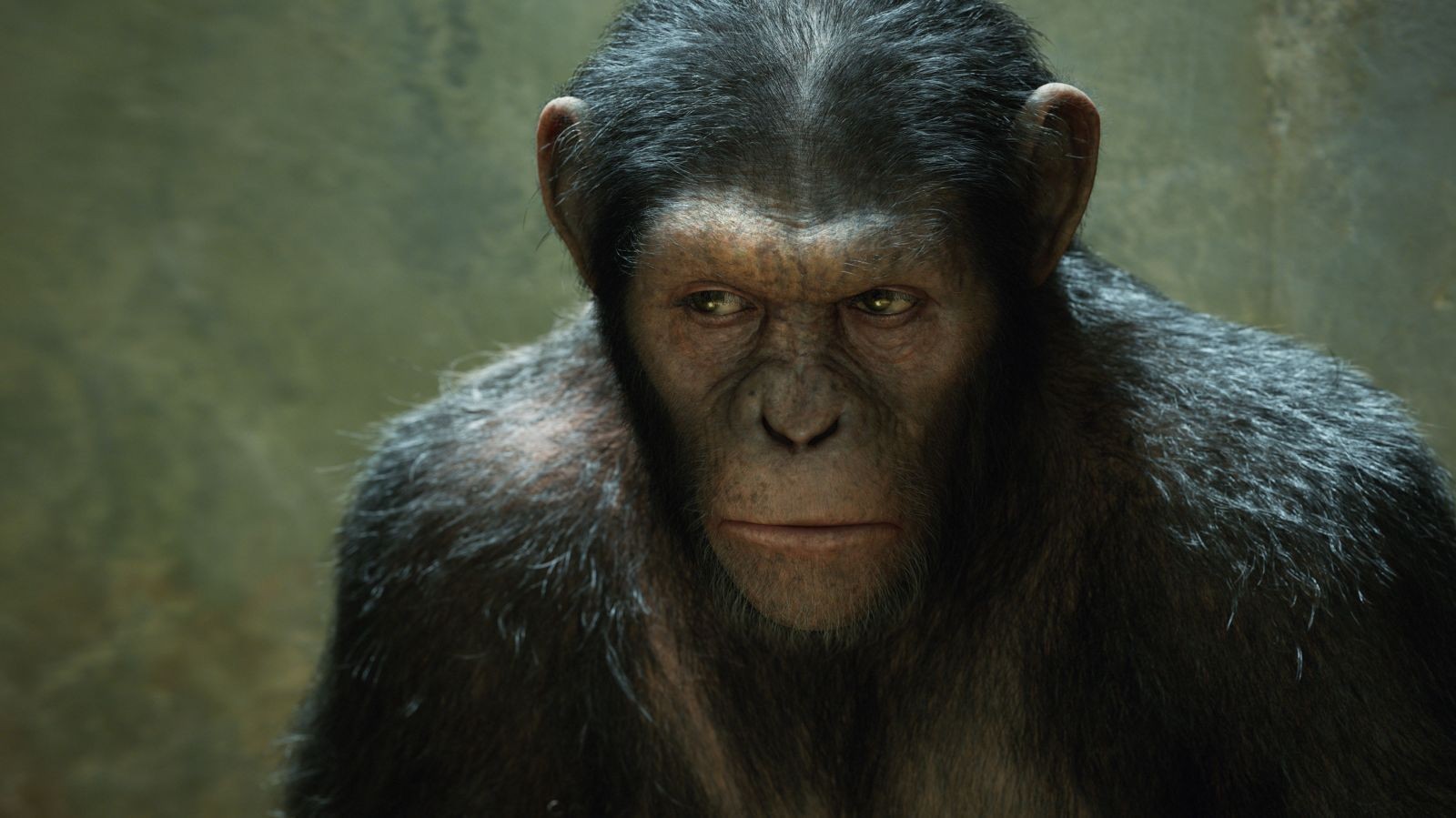 Rise of the Planet of the Apes

As a kid who rushed home to catch "ape week" marathons on the tube, I'm of a generation hardwired with a deep abiding love of all things involving talking primates. The original '68 masterpiece, penned by Rod Serling, with its upside-down world of chimps on top and man on bottom, was a poison pill of social commentary coated in sci-fi sweetness, a gateway drug to a wilder, weirder world where conventions were challenged and orthodoxies overturned. The funky and low-fi original films, even the lesser ones, all had some element of biting satire assaulting everything: race, gender, pollution, animal testing, religion, science, media, nuclear disarmament and more.

The brand-new entry, a product of market-driven forces and pointless nostalgia, has not a thought in its pretty ugly little head; devoid of meaning, context, or social commentary the flick's pretty much a countdown to rampaging gorillas tearing shit up. Essentially a slow build to chaos, the film spins a tale of inverted Darwinism and genetic tampering run amok, proceeding with a sense of duty and grim determination that never edges over into pure fun. Empty spectacle has its own rewards, and Rise of the Planet of the Apes has a few pulse-quickening moments and at least two visually brilliant action set pieces, surrounded by an ocean of unconvincing CGI, flat dialogue and clueless humans.

Charlton Heston's lost astronaut Taylor was an intelligent, hard-charging alpha male, but here a slightly befuddled James Franco is Will Rodman, a tapioca-bland geneticist with a big heart and a disastrously small amount of sound judgment. He toils at a soulless drug company (is there any other kind?) working on a viral treatment for Alzheimer's. One of his test subjects, a female chimp dubbed "Bright Eyes" displays tremendous cognitive growth, but is put down after a violent outburst trashes the lab and terrifies the board of directors. Turns out she was just defending her son, but when the company orders all the program's chimps be put down, Will makes the brilliant move of smuggling the infant home to the suburbs, raising him alongside his own tragically senile father, charmingly played by John Lithgow. The baby, named "Caesar," is far smarter than Mom, and within a few years he's mastered sign language, begins to question his role in the universe, and develops a huge chip on his hairy shoulder. A nasty clash with the yuppie jerk next door lands Caesar into a sort of monkey jail, where he becomes radicalized and begins organizing the imprisoned orangutans and gorillas into a liberation army. They bust loose, tear up the town, and head for the redwoods, but first they have to get across the Golden Gate Bridge and through the riot squad on the other side.

After the Tim Burton-Mark Wahlberg fiasco, Fox hit the reboot button once again. The new story shares the shape of Conquest of the Planet the Apes, the franchise's most militant episode, but cannibalizes famous images and lines from all the "Apes" flicks, which is cute until the evident lack of new ideas becomes tiresome.

Director Rupert Wyatt keeps the carnage PG-13, but still squeezes a few thrills out the ferocious animal assaults. The problem is that the movie wants Caesar and his furry cohort to be both sympathetic and terrifying. Are they mascots or monsters? Andy Serkis, the go-to motion-capture artist who breathed life into Gollum, does a bang-up job as Caesar, but we can never shake the notion that he's an effect, not a living thing.

The humans are even phonier: fleshy narrative puppets without inner lives. Why is the zookeeper (Tom Felton) a vile, sadistic prick? Well, because the plot requires it. Frieda Pinto is on hand to look pretty — nothing more. The folly of man doesn't register if the humans are all dopes, and a Planet of Apes movie without a twist, a point or a message is just monkeyshines. —Corey Hall