Got live if you want it!

Miles, Hendrix, Rollins and more, caught in the act 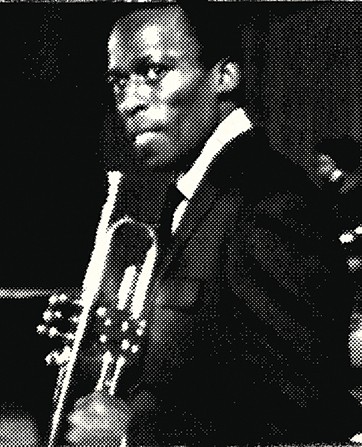 Just as baseball fans revere athletic lineups like the Tigers of 1984 or the Yankees of 1961, jazz fans can recite short-lived aggregations like the Great Coltrane Quartet, the Ellington Band of 1939-41 and the two great Miles Davis quintets. The first of the Miles units was the 1950s band with John Coltrane. The classic quintet of the 1960s took a year and a half to assemble and lasted roughly four years — until 1968, when bassist Ron Carter, pianist Herbie Hancock, drummer Tony Williams and saxophonist Wayne Shorter began peeling off as leaders and jazz stars in their own rights.

That second quintet was at once Miles' response to the ferment of '60s jazz around him (epitomized by the likes of Ornette Coleman and former sideman-star Coltrane) and the triumphant capstone to his two decades on the forefront of acoustic jazz (a distinction he played a major role in rendering relevant). It was the end of the part of his life played out to — in Shorter's words — "that same old ding-ding-da-ding-ding-da-ding."

And while the quintet's evolution as a studio unit is continuously documented — including classics, such as Miles Smiles — those who rely on commercial records last heard from them live, so to speak, just before Christmas of 1965, when they were recorded for two nights at the Plugged Nickel nightclub in Chicago. Everything from those sets— eventually released as an eight-CD box — suggested their developmental arc that was far from completed. Finally, we can travel almost two more years along that arc with Miles Davis Quintet: Live in Europe 1967 (Columbia/Legacy) in three CDs and a DVD of European tour dates; some of this was never before available, some only as a bootleg, some only to buyers of last year's 70-CD (!) Miles box on Columbia/Legacy.

From the already glorious state of the Plugged Nickel, Miles' music continues to morph live, becoming more limber, more fluid, the interplay more intricate; some of the standards of the live repertoire are giving way to the innovative originals of the studio sessions; tunes are flowing together almost seamlessly into a single and singular expression. Yet, in a literal sense, the band isn't stretching out here. Tunes clock in roughly as they did at the Plugged Nickel and earlier. The action is mainly inside the old tunes' outlines; it's hardly free jazz, but it's Miles freer than ever and still distinctly Miles' own, with his inherent sense of tension, drama and release, from plaintive to furious, as musicians pull together then part; solos here sometimes become a cappella soliloquies. Enlightening stuff, especially from a band that never rehearsed during its existence, whose leader rarely — and then barely — verbalized what he was after. And the two half-hour concert sets on the accompanying DVD are as interesting for what they don't show (body language cues guiding the mercurial flow) as for what they do (five cats in rapt musical concentration, largely oblivious to one another but for the music being shared).

Confident as Miles may have been about what he was doing, he knew he was far from the serious action of the burgeoning world of R&B and rock, and he'd virtually invent jazz fusion to get closer to it; by 1968, at least, he had his ears cocked to the driving rhythms of James Brown and Sly Stone — and the electrified sonics of Jimi Hendrix in whom he heard a soul mate. "Jimi Hendrix came from the blues, just like me," Miles once said. A Miles-Hendrix-Gil Evans project was planned at the time of Hendrix's death in 1970 (and Hendrix tunes became permanent fixtures in the Evans repertoire for the remainder of Evans' life). Forty-plus years later, you can play the Miles '67 box next to The Jimi Hendrix Experience: Winterland (Columbia/Legacy) and ponder wistfully what might have been.

Two shows a night might seem grueling, but for Hendrix, bassist Noel Redding and drummer Mitch Mitchell, three nights in one place was a welcome respite from one-nighters. And the band puts out. Versions of "Like a Rolling Stone," "Are You Experienced" and others blast past the 10-minute mark; one set's take on "Red House" crosses the 15-minute line.

And Hendrix's bag of tricks seems bottomless. He can amaze with break-neck acceleration on his instrumental "Sunshine of Your Love" then downshift in "Red House" to make the guitar enunciate in the style of latter-day T-Bone Walker. Among the other high points: Versions of "Are You Experienced?" that succeed brilliantly without studio effects and overdubs, a pre-Woodstock "Star-Spangled Banner," a live "Voodoo Child (Slight Return)," just before the release of Electric Ladyland, and a 20-minute backstage interview with Hendrix (though recorded a month after the Winterland stand).

To go back to the jazz-bands-as-ball teams analogy for a beat: Sonny Rollins may be a jazz giant of long standing and, arguably, the greatest improviser alive, but none of his bands is remembered for the superb chemistry of Trane or Miles' outfits; even with great players, they can be more akin to teams for all-star matches, which clearly have their attractions, especially with Rollins as the No. 1 star. We've been seeing that anew over the last few years as Rollins has begun releasing live material after a longtime reluctance to do so. (This is his third live release in six years, after three in the previous 30 years.)

Sonny Rollins: Road Show, Vol. 2 (Doxy/Emarcy) consists entirely of material from last year. Two cuts are with a Rollins working group with guitarist Russell Malone, recorded in Japan. The rest comes from Rollins' 80th birthday concert at the Beacon Theatre in New York. There's a Rollins-less feature with guitarist Jim Hall replacing Malone in the working group, plus three cuts with Roy Haynes on drums and Christian McBride on bass. Two of those feature Roy Hargrove snappishly performing on trumpet. The third is a history-maker: the meeting of Rollins and fellow octogenarian genius Ornette Coleman.

The 21-minute take on Rollins' mid-tempo "Sonnymoon for Two" is amazing, especially for what Rollins brings forth. He blows a ripe solo replete with blue-tinted tonal twists and curlicues, often seeming to nod to Coleman's style. Next, Rollins announces that a special guest will be joining with his horn, then blows an even better solo — attenuating his phrases, after a bit, to a concise three-note phrase, adding complexity, but coming back to deceptively simple motifs (emphasis on deception). Eventually Coleman makes it onstage and enters the fray, overlaying his own language on the groove — seemingly a bit static for his comfort, but he works with it. Another Rollins solo follows, then a Coleman solo more engaged than his first, and yet another Rollins statement, each freshly inventive. This is jazz that lives up to the moniker: the sound of surprise.

Detroit jazz alive: One of this year's more interesting projects has been the beginning of former Detroiter Jefferey Plansker's series Beneath Detroit: The Creative Arts Collective Concerts at the Detroit Institute of Arts 1979-92 on his Geodesic label. The inaugural releases include two double-CD packages of previously unreleased concert tapes pairing Detroiters with the late violinist Leroy Jenkins (Leroy Jenkins with the New Chamber Jazz Quintet) and with the extremely underecorded multi-instrumentalist Douglas Ewart (Ewart/Barefield/Tabbal Trio). Rounding out the first releases is the reissue of the vinyl era Transdimensional Space Window by the Barefield/Holland/Tabbal Trio. All three discs hark back to a rich era of on-the-edge improvisation in this town. ... Cats came out, 14-strong, dug deep into themselves and blew their asses off earlier this year in memory of the late, great Lyman Woodard. The evening is presented for posterity as the eponymously titled Lyman Woodard Organization Orchestra (Uuquipleu). Dr. Prof. Leonard King drums and helms the ensemble with fellow Woodard Organization alum Ron English on guitar. Chris Codish and Gerard Gibbs provide the soulful organ that Woodard built his bands around. .