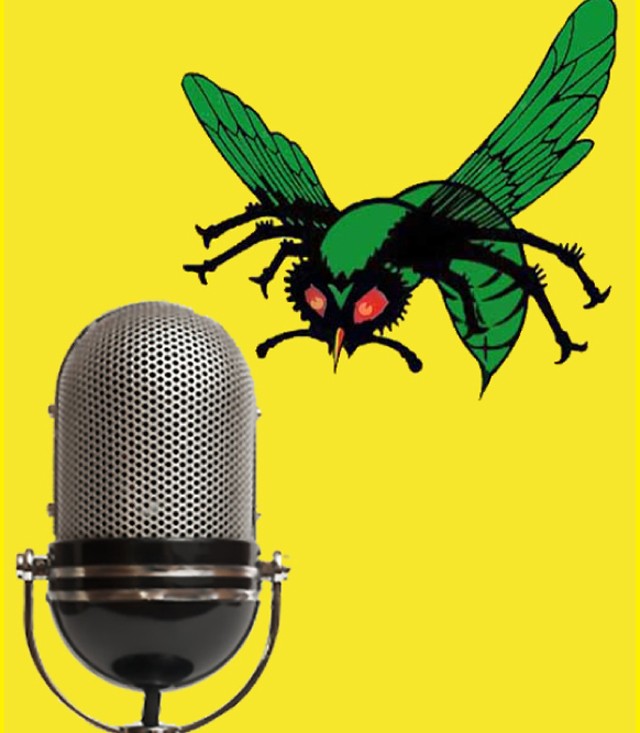 Did you know the Green Hornet is a Detroit native? The pulp vigilante got his start right here in the D, all the way back in 1936, getting the crime-fighting jump on Batman by a full two years! The gang-busting Hornet, along with his faithful valet and fellow ass-kicker Kato, were created at WXYZ AM, which was a radio powerhouse in the '30s and '40s. Station owner George W. Trendle and writer Fran Striker wanted to duplicate the runaway success of their smash hit Wild West series The Lone Ranger, and crafted a sort of modern update of the concept. Out of costume, the Green Hornet was dashing newspaper publisher Britt Reid, who was later revealed to be the great-grandnephew of the Ranger's Dan Reid! Both do-gooders posed as outlaws, had sweet rides (the Ranger's white stallion Silver and the Hornet's souped-up coupe, the Black Beauty) and both had "exotic" sidekicks: The Ranger's Bunkmate is the quasi-mystic Apache tracker Tonto (which means "idiot" in Spanish!) and GH has Asian chauffer-bodyguard-tech wizard Kato. The awesome martial arts master Kato started off Japanese on radio, was changed to Filipino during World War II, then briefly Korean, but has always been played by Chinese actors on screen, starting with Keye Luke (the creepy old guy from Kung Fu, and Gremlins) in the '40s serials to the immortal Bruce Lee on TV in the '60s — and now in the big-screen edition by Taiwanese pop star Jay Chou! And it all started in Detroit!