Guide to Detroit's other theaters 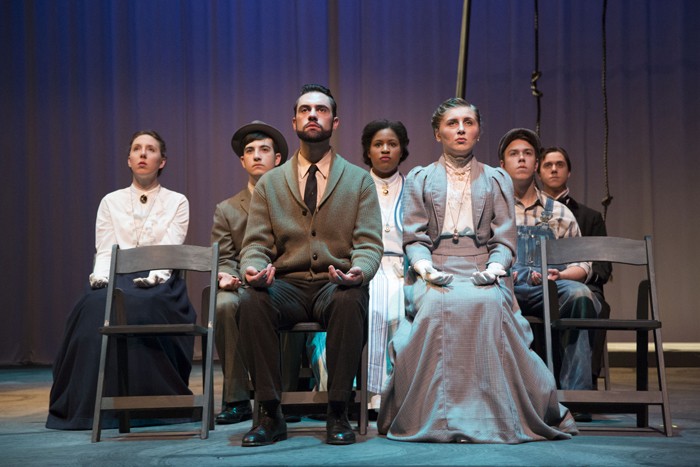 OK, so you like theater. Maybe you have lots of fun seeing the big Broadway shows come through town at grand spaces like the Fisher Theatre. But you may not know that there are a host of other professional, nonprofit and educational theaters in and around Detroit that are certainly worth a visit as well. Here’s a quick guide to Detroit’s other theaters:

The Detroit Repertory Theatre: For more than a half-century, “the Rep” has staged several plays a year, including plenty of national premieres of topically important work. Even though it’s tucked away on a depopulated stretch on the city’s west side, all productions have a prestige factor — with quality sets, pitch-perfect lighting design, and a tight technical ensemble.
13103 Woodrow Wilson St., Detroit; 313-868-1347; detroitreptheatre.com

Purple Rose Theatre Company: Way out of the way in rural Chelsea, the Purple Rose was founded in the ’90s by actor and Chelsea native Jeff Daniels, who renovated a garage owned by his grandfather, turning it into a cozy theater. There’s not a bad seat in the house, and the Purple Rose’s commitment to Michigan playwrights and Michigan-themed shows adds extra appeal.
137 Park St., Chelsea; 734-433-7782; purplerosetheatre.org

The Hillberry Theatre: Wayne State University’s graduate theater program shows plays in rotating repertory.  This theater tends to attract an older crowd of season ticket-holders, but don’t let that intimidate you. The building also hosts a smaller, cozy Studio Theatre in its basement, with a stage that is surrounded on all sides.
4743 Cass Ave., Detroit; 313-577-2972; theatre.wayne.edu

Park Bar: Park Bar frankly defies categorization — a bar where you can both watch the game on TV and see a Shakespearean play? Yet that’s exactly what the Elizabeth Theater Company brings to the fold here. Don’t question it, just walk upstairs on one of their special theater nights, have a beer, sit back and be entertained.
2040 Park Ave., Detroit; 313-454-1286; elizabeththeater.com

Planet Ant: A tiny and lively theater with intimate seating, Planet Ant is known for its top-notch improv, which incorporates audience participation. They’re also known for hosting post-show barbecues. Combine all this with the cheap price, and you’ll feel like you’re robbing from them.
2357 Caniff St., Hamtramck; 313-365-4948; planetant.com

Performance Network Theatre: Contemporary selections as well as great set and production values sets the Performance Network apart from other theaters. Current plays range from such classics as The Illiad to Venus in Furs to some even more modern presentations.
120 E. Huron St., Ann Arbor; 734-663-0681; performancenetwork.org

Abreact: Founded in 2000, the Abreact Performance Space first existed on the second floor of Bricktown’s Boydell Building, created by two theater geeks who constructed a stage in their spacious loft, not for public performances, but as a tool for what partner Charles Reynolds describes as “intense rehearsals.” After going nomad, the group later found a new home as a free theater.
1301 W. Lafayette Blvd., #113, Detroit; 313-454-1542; theabreact.com