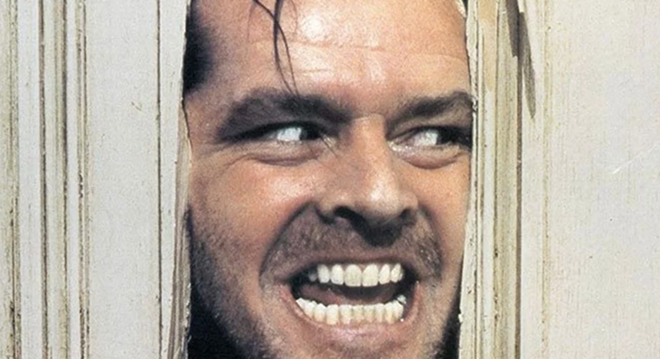 Stanley Kubrick fans, rejoice: The Film Lab is honoring the legendary director in December with a retrospective of four of his films.

Influential and critically acclaimed classics The Shining, 2001: A Space Odyssey, A Clockwork Orange, and Eyes Wide Shut (which is also celebrating its 20th anniversary) will be screened this month, with each film’s screenings falling on its own weekend. (The retrospective comes just after the release of Doctor Sleep, the sequel to The Shining, in November.)

In addition to the Kubrick films, the Film Lab has assembled some “deranged holiday classics,” according to a press release. Among the movies included are Anna and the Apocalypse, a zombie musical; 1974’s Black Christmas, a Canadian slasher film; Dial Code Santa Claus, a Home Alone-like tale of a kid outsmarting a “bloodthirsty” Santa Claus; and 1959’s Santa Claus, a Mexican fantasy film where Santa lives in outer space and battles a demon.

The Film Lab will continue its Bloody Sundays series in December as well, with The Brood, about a man trying to locate his ex-wife who is under the control of a psychotherapist with frightening methods; Eyes Without a Face, about a father attempting to surgically replace his daughter’s face; and Terror Train, a slasher film starring Jamie Lee Curtis about college students having a New Year’s Eve party on a train.

The theater will also be hosting a live podcast taping of Detroit Strange, as well as a screening of It Follows on Friday the 13th. Following the movie screening, a Q&A with It Follows producer Rebecca Green, production assistant Nellie Smydra, and costume designer Kimmy Leitz will be held.


The Film Lab is located at 3105 Holbrook Ave., Hamtramck; thefilmlab.org.