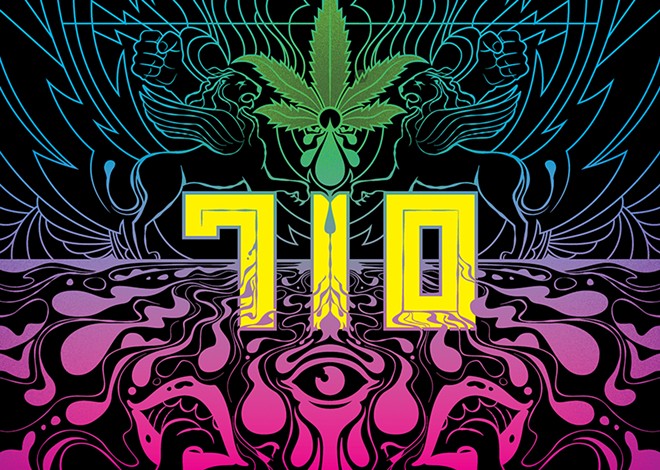 As cannabis has become legalized around the country in recent years, the industry has grown more sophisticated, seeing the rise of products derived from the plant including cannabis extracts and oils. Thus, 710 has emerged as National Dab Day. (It’s “OIL” upside down — get it?) This isn’t your grandpa’s weed: with dabbing, a tiny dab of cannabis oil can get you higher than the old-fashioned stuff, and faster — for better or worse.

For those with a higher tolerance or those with medical conditions that require fast relief, this can be a good thing, but beware. I recount some of my adventures and misadventures with dabbing during the pandemic, and take advice from the “Dab Queens” of old-school smoke shop B.D.T. on how to do so responsibly. This new frontier of products is a bit of a wild west for cannabis, though. We’ve also seen the rise of a product known as Delta-8, which is sold in unlicensed stores because the law hasn’t caught up to it yet. Beyond oil, water-soluble cannabis that can be added to beverages or absorbed in the mouth with a paper strip are on the horizon, promising new ways of ingesting pot. Finally, we have a story about former law enforcement officers who saw the light and opened their own cannabis testing facility for the new industry, because every holiday can use a little feel-good story.

Sure, 710 may be the cannabis industry’s version of a Hallmark Holiday, but we’re totally here for it.