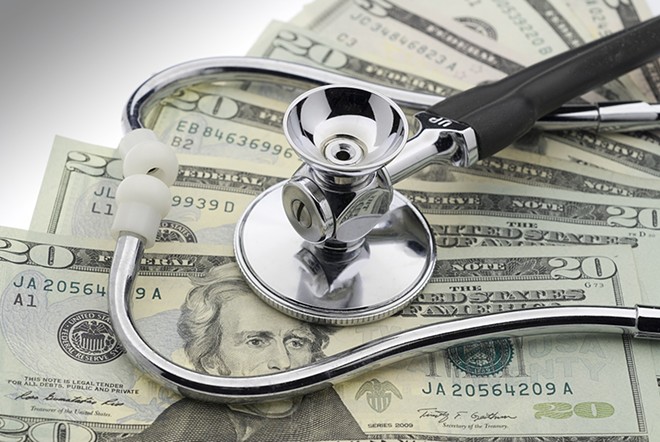 Hey friends, here at The Incision, I want to spend some time cutting into the intricacies of American healthcare. After all, as a physician, epidemiologist, and former health director — and someone who literally wrote the book on Medicare for All — let's just say I care a lot about healthcare.

So, for the next two weeks, I'll be dissecting some of the inner workings and failures of our system to elucidate what a more just, equitable, sustainable, affordable, comprehensive, and effective system could look like. I think you probably have a sense of where I'm headed. Let's get to it.

Where better to start than the basics of how healthcare in this country works. Welcome to American Healthcare 101. Let's start in an unlikely place: my recent home repairs.

"If you want, we can throw in another one for half price!" said the chipper voice on the other end of the line. A couple of weeks ago, I was trying to get a quote for some housework. The salesperson on the other line — as you would probably expect — was trying to entice me with a deal, the promise of more for less.

His logic belies a basic truth of business: A company usually wants to sell more product — selling products is, after all, how businesses make money, right?

As a customer, you purchase health insurance so that, in case you get sick, your insurer will pay your healthcare costs at the point of care. The deal goes like this: You pay a bit every few weeks so that, in case of an unforeseen medical emergency or diagnosis, you're not hit with the cost of it all at once. Or so you think.

They take money from you every other week in the form of a premium. Unless and until you get sick, that money is theirs in profit. Every dollar that they have to pay out for the very thing that you paid them to provide you — your healthcare — is lost profit to them. Insurers make money when you don't use their product. Their dream customer is someone who never uses their health insurance at all.

1. Health insurance companies deny coverage for the healthcare you need.

Anyone who's ever had to actually use their health insurance knows that insurance companies don't just pay for your care with a smile and a pat on the back. They fight you for it. They employ armies of bureaucrats whose job it is to deny your coverage — that you already paid for!


I remember meeting one woman on the campaign trail when I ran for governor who told me why she became a cancer nurse. At her previous job with a major insurance company, she was forced to deny treatment coverage to a patient suffering a recurrence of breast cancer because her doctor had moved to a new, "out of network" hospital. She knew the patient would face bankruptcy because of it. She did it anyway — it was her job. She was so sickened by it that she quit, got a nursing degree, and now takes care of breast cancer patients for a living.

2. Health insurance companies force you to pay for healthcare ... that you already paid for.

The concept of a deductible is a nifty trick health insurance companies use to force you to pay for healthcare twice. You pay your premium every couple of weeks thinking that when you need it most, your insurance company will be there for you. After all, the operative part of the word insurance is the "sure" part. But nope. To get access to the funds you paid them — their "hard-earned" profit — they make you pay them again in the form of a deductible. It's like the insurance company's own insurance policy to make sure they turn a profit. In the 1970s and '80s, deductibles were virtually unheard of. But over the past decade, they've skyrocketed. The median family of four, earning about $69,000 a year, faces a deductible of about $3,655. That's more than an entire biweekly paycheck.

In the bad old days before the Affordable Care Act, insurance companies used to be able to deny you health insurance because they thought you would be too expensive to insure. That's what the whole debate about "pre-existing conditions" is about — forcing health insurers to offer you insurance if, say, you're the kind of person who absolutely needs it. Though they're forced to offer you insurance because of the ACA, it doesn't necessarily have to be affordable, which, in effect, kicks people off their insurance by pricing them out.

This article was originally published on June 15 in The Incision. It is republished here with permission.

Dr. Abdul El-Sayed is a physician, epidemiologist, public health expert, and progressive activist who served as Detroit's health director and ran for governor in 2018. He is the author of Healing Politics: A Doctor's Journey Into the Heart of Our Political Epidemic and Medicare for All: A Citizen's Guide, as well as the newsletter The Incision. Get more at incision.substack.com.

Diagnosing healthcare in America: The case for Medicare for All
The insurance industry is killing us. Medicare for All could save us.
By Abdul El-Sayed and Micah Johnson
Books

The Incision healthcare health care Medicare for All