Who knew conversing with the dead was so much like a visit to the therapist? 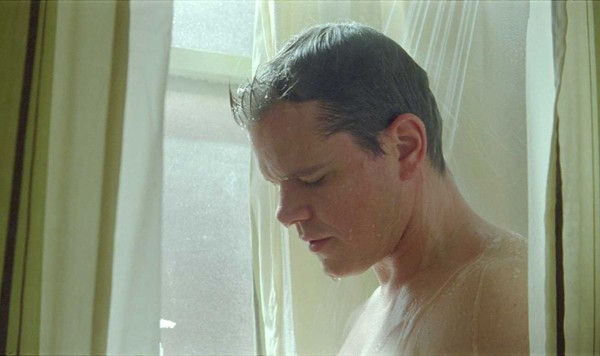 Though it's probably akin to critical heresy, I've never been convinced of Clint Eastwood's insight as an artist. Though there's little doubt that, as a director, he's a serious craftsman who values taste and modesty, I've never found that his films have had all that much to say. Whether it's Mystic River, The Changeling, Million Dollar Baby or Letters From Iwo Jima, his work betrays a life lived in the movies. Not unlike Ronald Reagan, Eastwood's view of the world seems wholly informed by his Hollywood experiences, a personal lexicon of war films, westerns and crime dramas. Even his best film (and it is a great film), The Unforgiven, was a personal examination of genre and not real-world issues.

None of this is to diminish his skills as a filmmaker, stylist or entertainer. Eastwood is a deserving icon. But his films have as much to say about the human condition as the work of Quentin Tarantino. Which is why Hereafter fails so miserably as a statement about the afterlife. While the 80-year-old director may think his film has something profound to say about the great beyond, it's little more than a cornball mash-up of The Sixth Sense and Babel.

Divided into three stories set in three different countries, Hereafter follows tsunami survivor Marie LeLay (Cecile de France, who has Julie Christie's casual elegance), a Parisian journalist haunted by near-death visions, George Lonegan (Matt Damon), a San Francisco dock worker trying to run away from his psychic ability to speak to the dead, and Marcus (Frankie and George McLaren), an adolescent, working-class Londoner who is despondent over the death of his twin brother. Eastwood carefully pulls us into each of the characters' gloomy worlds, slowly setting up their inevitable and highly contrived convergence.

And, for the first hour, the film actually works. Eastwood kicks things off with a bravura disaster scene as a tidal wave strikes the Southeast Asian resort at which Marie is vacationing. He then patiently draws us into her emotional aftermath before jetting over to Damon (who's far better than his role deserves) and McLaren's mopey tales. And even those are handled with quiet grace, underplaying the melodrama and finding delicately human moments as the two damaged protagonists struggle to make their way in the world. But eventually Hereafter's clunky plot mechanics kick in, and hokey sentiment, laughable plot twists and character shorthand take over.

Peter Morgan's screenplay shows none of the brittle wit and clever insight he showed on The Queen or Frost/Nixon. To be fair, he has said in interviews that he didn't feel Hereafter's script was quite finished, even though Eastwood was hot to start shooting. Inspired by the recent death of a close friend, Morgan's writing feels too raw and simplistic, like the ideas needed distance and time to ripen. Still, there are a few good moments — Damon's derailed romance with a cooking class partner (a charming Bryce Dallas-Howard) for one — and Eastwood is skilled enough to pull them off.

But it's clear that Eastwood thinks he's on to something more profound than a simple examination of grief and recovery. He presents the film as if it were a solemn meditation on what comes after death, even composing the film's plinking piano and guitar soundtrack. Unfortunately, Hereafter has nothing meaningful to say on the subject. It asks no ultimate questions, offers no implications for how we should live our lives, and even manages to skirt all conversation of God. Not even the incredible catastrophe of 2004's tsunami merits an existential discussion of why the Lord Almighty permits awful things to happen to so many innocent people, or whether death has any connection to the divine plan. Instead we get de France uncovering a government conspiracy to hide the fact there's life after death.

And what is the secret to that carefully guarded afterlife? That it's blurry and unfocused, filled with undead loved ones who want to apologize, express their love, and encourage the living to get on with their lives. Who knew the great beyond was so much like a visit to the therapist? According to Hereafter,the voices that speak from beyond the grave are as unenlightened about their fate as the rest of us.


Much like 75-year-old Woody Allen's latest, You Will Meet a Tall Dark Stranger (aka Death), Hereafter pays lip service to issues of mortality, and what the dead have to tell us, but takes no risks and reaches no conclusions. Both directors can't even muster a provocative question between them. Where Allen indulges in comic cynicism, Eastwood embraces Spielbergian sentimentalism. Whether it's cheap tears or easy chuckles, they're two sides to the same banal coin.