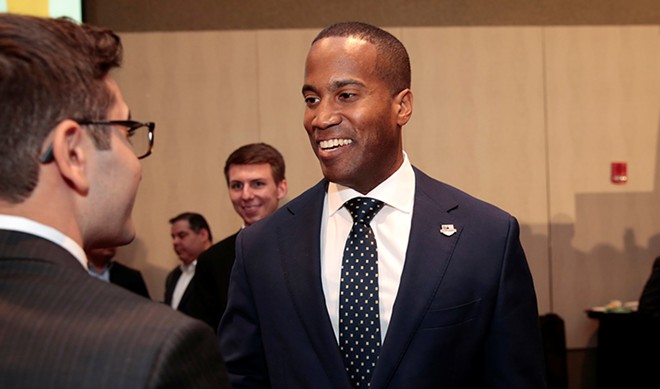 It seems like everything these days is politicized — and that, of course, includes the coronavirus pandemic, which has manifested in a culture war over wearing masks.

Sure, it doesn't help that even the Centers for Disease Control and Prevention and Dr. Anthony Fauci initially advised against widespread mask use, fearing a shortage for frontline workers. But experts now agree that wearing a mask helps stop the spread of the virus. Many leaders, including Michigan Gov. Gretchen Whitmer, have called for them to be worn in public, while many businesses won't let people enter without wearing one.

The Republicans have had a really hard time with this one, though, probably because President Donald Trump has for the most part refused to be seen wearing a mask. On Tuesday's debate, he even made fun of his rival Joe Biden for wearing one. On Friday, it was revealed that Trump was in the hospital for COVID-19. (Also on Friday, Biden doubled down on his support for wearing masks at a Grand Rapids campaign stop. "It’s not about being a tough guy. It’s about doing your part," he said.)

With the eyes now on Republicans to see if they will change their tune regarding COVID-19, WXYZ-TV asked Republican Senate nominee John James on Sunday if he always wears a mask. In the clip, James says he has "always done everything he can to protect folks who are vulnerable."

But that's not true, according to leaked photos shared by John James Revealed, a website run by the Michigan Democratic Party. The group posted a photo slideshow of every time James has been caught in public this year not wearing a mask, including appearances with Vice President Mike Pence and Trump lapdog Kid Rock, all set to "In the Hall of the Mountain King" for dramatic effect.

But these leaked photos tell a different story. #MISen pic.twitter.com/UtKBjW7KE7