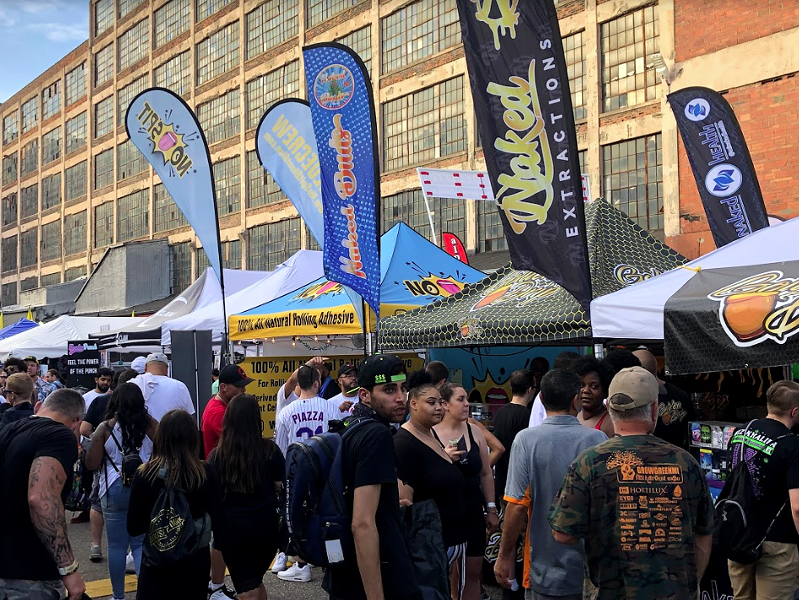 After a successful Cannabis Cup last month, Detroit is already preparing for another — an event High Times says will have a “bigger lineup, more booths, and oh yeah, LEGAL CANNABIS.”

What we saw at Detroit's first High Times Cannabis Cup since Michigan voted to legalize weed
By Christopher Emrich
One Hitters
According to cannabiscup.com, The Detroit Cannabis Bazaar will be held on Oct. 12-13 at the Russell Industrial Center, the same location as the previous Detroit Cannabis Cup.

The event will feature a competition with various categories as well as musical guests and special appearances to be announced later. Metro Times reached out to High Times for comment but they could not immediately be reached.

Here are the winners of the 2019 High Times Detroit Cannabis Cup
By Lee DeVito
One Hitters
The event will allow guests to have 2.5 ounces of cannabis on them, the same amount Michigan residents are allowed to have in their possession. Since Michigan voters legalized recreational marijuana use last year, medical marijuana cards are no longer needed to enter High Times' events.

Information about the event and where to buy tickets can be found here.