Higher Ground: You can’t put the smoke back in the bong

There is little doubt in my mind that marijuana — cannabis, weed, pot, ganja, skunk, bud, herb, sticky icky, mota (in Mexico), le shit (in France), whatever you want to call it — is on the road to legalization. There are a lot of reasons for that. One of them is the changes taking place around the world.

In Italy the army has been given the task of growing medical marijuana because the cost of imported medical marijuana is too high and government officials want to bring the price down. Israel has a well-developed medical marijuana system, and much of what we are learning about the plant is coming from research there. Uruguay has legalized recreational marijuana and other South American countries — Argentina, Brazil — are considering it. Canada's Liberal Party, which won recent elections, is moving forward quickly on legalizing recreational use of marijuana. Jamaica, possibly the central beacon of marijuana use worldwide due to Rastafarians and reggae music, has come around on medical use.

There's a lot more going on in that vein. Marinol was originally developed by a company named Unimed Pharmaceuticals. Marinol is synthetic THC and it is prescribed to cancer patients to alleviate symptoms caused by cancer treatments. Not a lot of people like Marinol because it reportedly made most folks feel weird.

A company called GW then developed Sativex. The big difference between Sativex and Marinol is that Sativex is derived directly from marijuana while Marinol is a synthetic. Patients like Sativex a lot more than Marinol and it is sold in 23 countries around the world — though not in the United States. Sativex is not sold in the United States because it's derived from real marijuana and we have an official policy that declares there is no medical use for marijuana.

GW has been trying to get Sativex into the United States, a huge potential market, but no luck so far. That may be changing soon with another GW drug called Epidiolex. Epidiolex is a 98 percent CBD treatment for epileptic seizures. Most folks have heard about CBD as the cannabinoid in marijuana that does not get you high and has been working wonders for children with epilepsy. The Food and Drug Administration may put it on fast track for approval. That would mean the first marijuana-derived therapy that is available via prescription on the books. That would directly counter the lie that marijuana has no accepted medical use and probably knock it off its Schedule 1 category. That would then open up the floodgates for more research. After all, are we going to let this British corporation make all the money?

Even CBD-only medical marijuana is a step in the right direction.

Another reason I believe we are on the road to ending marijuana prohibition is that things change. There is a constant evolution in pretty much everything. Marijuana has been used as a medicine and an intoxicant for thousands of years. Prohibition of marijuana has been going on for less than one century. After trillions of dollars has been spent on prohibition, incarceration, and general warfare destroying families and lives, people are realizing that the model has not worked. People like smoking weed and no one has been able to stop them. That's the same thing that happened during the short 13 years of alcohol prohibition in the United States.

That's how crazy this whole thing has become. There are people charged with enforcing the law who can't tell marijuana from an okra plant, or a tomato plant, or a hemp plant. They are terrorizing communities and arresting the less fortunate. Police and prison guards unions are among the biggest forces opposing marijuana decriminalization because they make lots of money for capturing and locking people up.

Things are changing and I don't think you can put the smoke back in the bong.

However, as things change that doesn't mean the doors are wide open and anything goes — which brings us to Detroit today. Since neither the state nor the city governments have stepped up to deal with the fact that medical marijuana is legal in Michigan and people have to get their medicine, the creation of caregiver facilities has been weird and uneven. That has led to the proliferation of places in Detroit, where there are an estimated 160 places to buy medical marijuana, while many surrounding communities have no such facilities.

The people who oppose marijuana are angry about this. There have been rallies against them and some citizens have pushed City Council to regulate where they are allowed and how many there should be. That's fair enough. But the fear-minded gang has pushed the council to consider restrictions that would close the doors of most existing facilities, and to put those that are allowed in areas where few people go.

I believe this is an outgrowth of anti-drug hysteria. However it is an honest expression of what the people who live here believe and want. That shows there is still a lot of work to be done by those who are fighting to end prohibition. After a lifetime of learning anti-drug propaganda these people are understandably concerned when they see "marijuana stores" in their neighborhoods. They may be in the minority (marijuana decriminalization passed by a wide margin in Detroit) but they are organized and politicians have a tendency to bow to organized minorities even when the numbers show that theirs is not the most popular sentiment.

People who own and run these businesses are in a strange place. They are building an industry in a no man's land that is unfamiliar to everybody. Organized groups have stood against them and some police have victimized the business owners or their customers. City governments are fearful that if they accept these businesses and something goes dreadfully wrong they will be blamed.

Everybody on all sides needs to talk and to really listen to each other. That's the way this can be worked out in some just and equitable manner. The people who don't even want to walk past a marijuana shop need to get over it. The folks who want to wave weed in the faces of those who are afraid of it aren't doing themselves any good.

Legalization is coming, even though there are bumps along the road.

I have intentionally blurred the line between medical and recreational marijuana in the above discussion. That's because both are on the same trajectory. There are many people who don't believe that there is such a thing as medical marijuana and that the whole thing is a smokescreen on the road to recreational legalization. And there are people who use medical marijuana recreationally. First of all, I tend not to argue with folks who don't believe marijuana has legitimate medical uses. I'll point them to source material if they really want to know. Otherwise they are just arguing from a point of ignorance. There are plenty of medicines on the market that don't do anything for you (most cold medications filling up the aisles in drugstores) and others that can kill you. Marijuana works and it is not life-threatening.

Regarding the idea that this is a step on the road to recreational legalization — yep, it is. But that is not such a bad thing. When you consider that the legal after-work relaxation tends to be alcohol — a toxic substance that has huge social costs associated with its abuse and addiction — I say there is no reason that people can't have safer fun. Medical and recreational marijuana can live happily side by side. 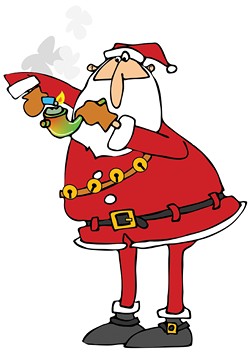