Detroit scrapper's daughter is the next big thing 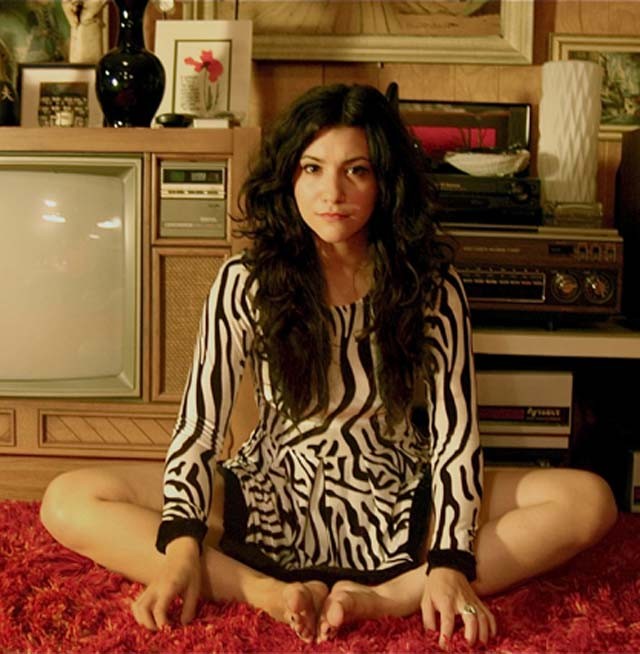 When Detroiters last caught native daughter Alex Winston, it was likely as trombonist and singer for the sprawling, eclectic band the JSB Squad. (Or as a teenager fronting a band with Ann Arborites Chris and Drew Peters supporting Ted Nugent!) But funny things happened on the way to hometown heroics for this classically trained 23-year-old: She found her own songwriting voice; recorded a well-received download-only EP, Basement Covers, of jams by the Rolling Stones, Teddybears, Jack Penate and more; began a collaboration with buzzed-about production duo the Knocks (Rihanna, Flo Rida) that birthed songs that got tastemakers all atwitter; and relocated from the 313/248 to the 212. What's more, the always-demure British music press already fancies her a bona fide it-girl. Winston's jams, for what it's worth, are curious and infectious. A heady grab bag of girl-group pop, musical theater, confessional weirdo indie dance and youthful good-bad times. Unifying the whole thing is Winston's voice: a rich, sometimes keening, sometimes coy, often bittersweet instrument. We got Winston on the phone from New York City on the eve of her homecoming show (featuring her own large band) and her first tour, including dates in the United States, Britain and France in support of her new EP, Sister Wife (Heavy Roc Records).

Metro Times: How does your actual training influence your work?

Alex Winston: Well, I started taking singing lessons when I was 10 years old and I didn't really choose the kind of music I wanted to sing. My mom had a friend that taught opera, and I kinda fell into that and did it for 10 years. I sang in school choir and did all the nerdy competitions and all that. ... But when I started writing my own music, I kind of had to unlearn everything to find my own voice. But my dad taught me how to play guitar and piano. It was a hobby for him. He had a scrap business in Detroit, but he played and taught me.

MT: Considering how varied your songs are, do you have a litmus test for what song gets the full treatment?

Winston: I mostly just do demos on GarageBand. And, if I finish the whole thing, I know I want to do it. If I'm up all night adding violins, then that's going to work!

I mean, [my music] is kind of all over the place. I'm not so worried [about it sounding so varied]. It's coming back to Jessie Shepherd-Bates a bit. He does off the wall stuff all the time ... but there's something to tie it together and you know it's a Jesse song. I kind of love that freedom.

MT: How did the Knocks find you, and what's coming from that collaboration?

Winston: I met them through a mutual friend one of the first days I came out [to New York], and we just clicked. They didn't want to change what I was doing. I write a song, I come to them, and they want to make it as detailed as we can. They don't want to change it. I felt like every time I met with a producer, they were like trying to pin me as Corinne Bailey Ray or Katy Perry or whatever. But I was always like, "Well, this is what I do, and if you don't want to work with me, that's fine."

MT: What should we expect for the homecoming show?