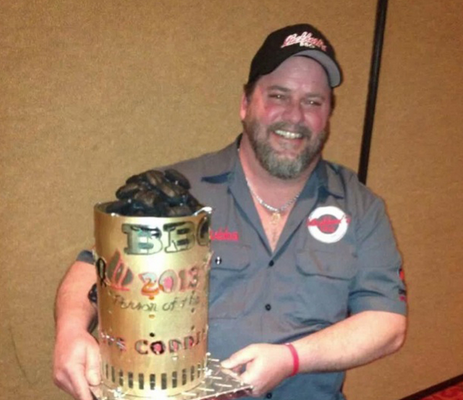 Honors for Lockhart’s pitmaster — Steve “Bubba” Coddington has been involved in local barbecue for a long time, having been the pitmaster at Bad Brad’s Barbecue in New Baltimore before meeting Drew Ciora and becoming pitmaster at Lockhart’s BBQ in Royal Oak in 2010. All that hard work seems to be paying off, especially since he’s just won a national award: BBQ Person of the Year. It’s no small honor. You see, it’s actual grillers, restaurateurs, saucemakers and pitmasters deciding who gets this trophy. This year, that person is Bubba, who gets a year’s supply of Kingsford Charcoal, as well as the unusual honor of being a Michigander judged tops in a scene that takes its flavor from the South. Want to taste the barbecue that put Bubba over the top? Drop in at Lockhart’s BBQ, 202 E. Third St., Royal Oak; 248-584-4227; lockhartsbbq.com.