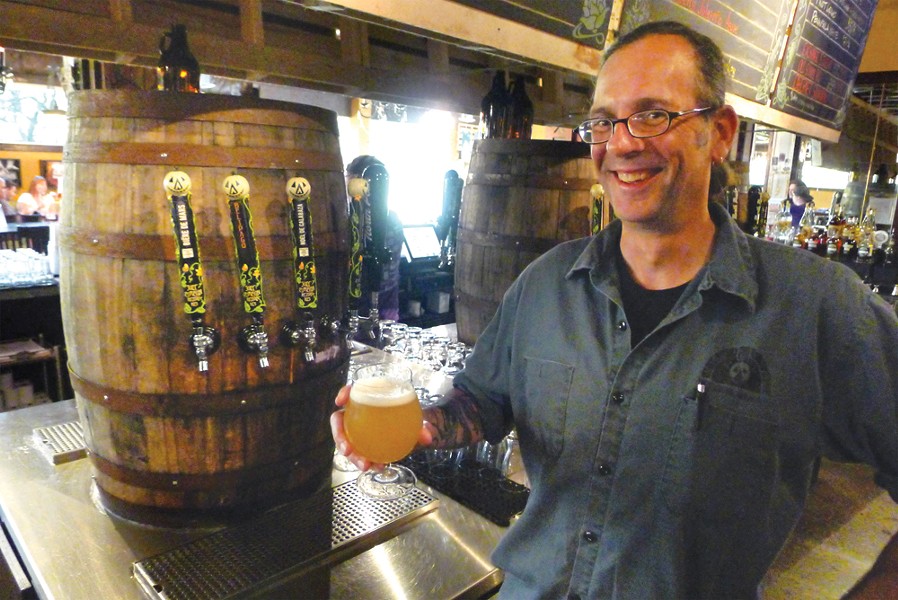 Sour beers have become a hot trend among the craft cognoscenti, with breweries across the country producing ales with tart, acidic, or otherwise "funky" flavors for increasing numbers of adoring drinkers in recent years.

But two area breweries were well ahead of the curve when they began making such beers more than a decade ago.

Following a 2002 trip to Belgium, where sour beers have been brewed and enjoyed for centuries, Arbor Brewing owners Matt and Rene Greff decided to try their hand at this Old World craft, never expecting anyone but themselves and a handful of others to enjoy the resulting product.

"We got a couple of oak barrels, inoculated them with yeast we brought back from our trip, put beer in them, and waited," Matt says.

Months later, the brews exhibited aromas and flavors described in such terms as "barnyard," "horse blanket," and "Band-Aid." But a funny thing happened: As måore people tried these beers, gradually they increased in popularity. Soon there were too many barrels to fit in the Ann Arbor brewpub's cellar, then they outgrew the Ypsilanti production brewery, and now they fill up space in a rented warehouse.

"Sours have become like IPAs," Greff says. "There are now so many out there that make you go, 'Wow' that, as a brewer, you need to be at that level."

Two years after the Greffs' Belgian trip, Michigan became home to the (at the time) country's only sour-only brewery when Ron and Laurie Jeffries founded Jolly Pumpkin Artisan Ales in Dexter. As with Arbor's beers, at first many didn't know what to make of Ron's concoctions, which are fermented by wild, airborne microbes native to the area, aged in barrels, and blended according to the flavor profiles he desires.

"I thought he was nuts when I tasted it. I thought he was crazier than nuts," business partner Jon Carlson recalled in a 2013 interview. "Now, of course, none of us can get enough."

Lately, Jeffries has been traveling across the U.S. collaborating on new sour beers with breweries from Anchorage to Los Angeles to Philadelphia. Most recently, Jolly Pumpkin released La Vida Improvisacion, a sour saison Ron brewed for his and Laurie's wedding anniversary.

"Making sour beer is harder than making non-sour beer because there are way more elements that you can't control," Ron says. "You need to be hyper-aware of the flavors being created, but the end result is always making great beer."