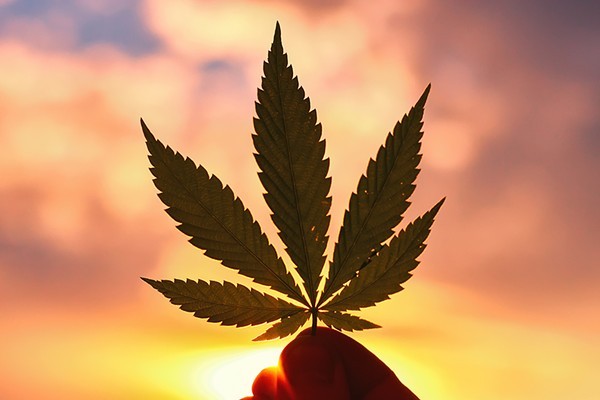 Later this month, the House of Representatives is expected to vote on whether to remove marijuana from the Controlled Substances Act. It would be a historic vote — the biggest move for marijuana legalization ever taken by Congress.

The Marijuana Opportunity, Reinvestment and Expungement (MORE) Act would remove cannabis from the federal list of controlled substances, effectively decriminalizing it nationwide. (Cannabis has a Schedule I drug classification, which the Drug Enforcement Agency considers "drugs with no currently accepted medical use and a high potential for abuse.") The legislation would also expunge criminal cannabis records for some and create a fund to support individuals impacted by the War on Drugs, which has disproportionately harmed people of color.

The legislation would leave it up to states to decide whether to legalize cannabis for medical or recreational use. Marijuana is already legal in 11 states, including Michigan, where voters approved it in 2018.

"Passage of the MORE Act is essential in order to truly right the wrongs of federal marijuana criminalization, and to once and for all allow the majority of states that have legalized cannabis for either medical or adult-use to embrace these policies free from the threat of undue federal prosecution or interference," said Paul Armentano, deputy director of the National Organization for the Reform of Marijuana Laws (NORML), in a statement.

More than half of Americans support marijuana legalization. However, even if it passes the House, it has a slim chance of passing the Republican-controlled Senate due to Majority Leader Mitch McConnell's opposition to legal weed.

This bill was introduced by House Judiciary Chair Jerry Nadler, a New York Democrat. Last year, Nadler said the House should press forward regardless of where the Senate is at now. "I don’t think it’s a good idea to say the Senate won’t take this bill so we shouldn’t pass this bill," he said, according to Politico. "To do [so] is to say the Senate rules the roost and the House doesn't matter."

While Democratic nominee Joe Biden has come short of calling for cannabis to be legalized, his running mate, Kamala Harris, is the MORE Act's lead sponsor in the Senate.