How Do You Know

Pretty good for movies that's overwritten, exasperating and bogged down 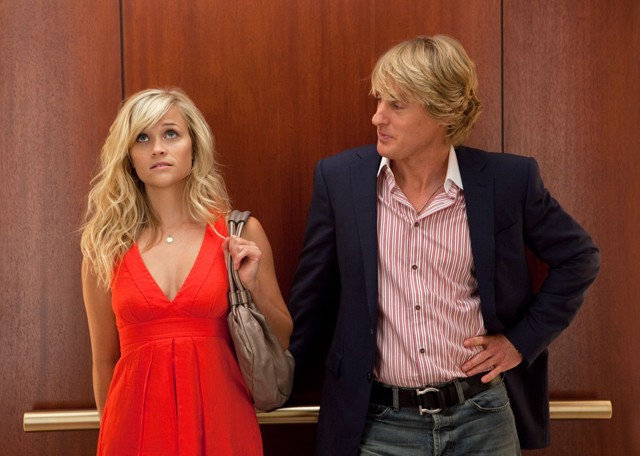 How Do You Know

Nobody tells James L. Brooks what to do anymore, which is the blessing and curse of massive success. With a shelf full of popular hits and glowing press clippings ranging from Broadcast News to boob-tube classics like Mary Tyler Moore, Taxi and The Simpsons, Brooks has earned the benefit of the doubt to putter about with hefty bags of studio money.

Brooks prefers to load his casts with expensive big names, a strategy that sometimes pays off, like the frothy As Good as it Gets, and occasionally results in something like the turgid Adam Sandler vehicle Spanglish. Six years later he's back with a film that rests uncomfortably between those extremes, intermittently enjoyable, but like its characters too neurotic and uptight to get out of its own way. Here we get to see likable stars like Paul Rudd, Reese Witherspoon and Owen Wilson struggle to blurt out precisely crafted dialogue in a timely fashion that sounds only marginally like ordinary human speech.

Indeed everyone behaves like standard issue rom-com characters confused to be having complex human emotions. These folks are all hyper-smart careerists, who spout little nuggets of wisdom such as "Cynicism is Sanity!" and compose elegant, perfectly crafted mini speeches from the heart at the drop of a dime. And much like in the recent flops of Brooks contemporary Woody Allen, these are thirtysomething urban professionals who don't own iPhones, watch TV or have ever sent a text message.

Reese Witherspoon is the lead gal, displaying a soupcon of actual sexiness, a flirt factor absent from her recent work. When she puts effort, she's so much better at this sort of thing than lesser rivals like Katherine Heigl. Witherspoon's Lisa is a top rated softball player, but she's been unceremoniously booted from the U.S. Olympic team because, horror of horrors, she's a day over 30. She consoles herself by immediately getting involved with two wildly inappropriate men; a smarmy MLB lothario, and a sheepishly nice businessman under federal indictment.

Paul Rudd is immensely likable, so agreeable that we can overlook the fact that he's essentially cannibalizing his back catalog looking for neurotic nice guy quirks with which to bombard the screen. The same goes for Wilson, who really stretches, playing a fast-talking, irresponsible playboy, who glides through life on a wink and a smile. We've seen this act before, but Wilson makes it work, baring a chest as hairless as a dolphin, and the quirky, tussled blonde good looks that earned him the nickname "Butterscotch Stallion." Neither guy clicks with Witherspoon in the chemistry department, but we're asked to take sides and root for a winner anyway, if only to wrap things up.

Jack Nicholson, as Rudd's manipulative Dad, who deeply loves his boy, even though he's deliberately hanging him out to dry with the feds. Jack being Jack is usually good for smile, but here he comes off as creepy and unfunny

How Do You Know is overwritten, exasperating and bogged down by formality, but it's still has a classy patina buried beneath dust.