How Free is Our Information? 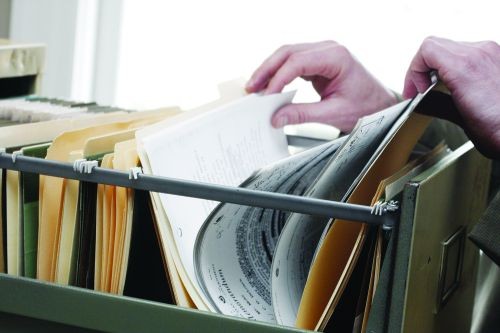 Quick — name an important issue that progressives, those who defend civil liberties, and fervent right-wing Tea Party radicals agree on. Not easy, is it?

Well, there is something: governments can’t always be trusted, and citizens need a way to check up on them. This has been true of life in America since, oh, about 1776.

It became acutely clear to most citizens back in the 1970s, after we had been traumatized by the double-whammy of first Vietnam and then Watergate. If you aren’t old enough to remember those days, it’s hard to remember how shocked we all were about how much we had been lied to.

Baby boomers and their parents grew up in a world where presidents were god-like figures. Franklin D. Roosevelt was thought to have both saved a nation from starvation during the Great Depression and then saved the world from pure evil during World War II. After that, we had the Cold War.

Early on, polls showed that as many as 90 percent of Americans in the ’50s trusted their government. Then came Vietnam, then the nation’s longest and most unnecessary war, followed by a president who really was a crook.

When that was over, Congress — and virtually every state legislature, including Michigan’s — enacted versions of the Freedom of Information Act, known by journalists as FOIA.

They were based on a principle as simple as it is true: Government is of, for and by the people, and we pay for it. Accordingly, what it does should be open to inspection by us all. Not just journalists, but everybody.

Yes, there have to be some exemptions for things like personal data and national security. (No, Joe Schmo shouldn’t be able to get the secret codes to launch a nuclear attack.) But otherwise, government needs sunshine.

Michigan’s FOIA (pronounced FOY-ah) allows any citizen to ask for any government record in writing. The government then has five business days to turn it over or explain why it thinks it doesn’t have to. Public bodies can charge a minimal fee for making copies and, if they want to, a small amount for the staff time required in fulfilling the request.

That worked pretty well for a long time, though some governments always tried to skirt the rules. Bureaucrats and politicians are all about openness — until they get in office and want to hide their tracks.

Recently, I had a class of journalism students write FOIA letters asking various communities for some innocuous information — in this case, the compensation packages of people who worked in their parks and recreation departments.

The responses were wildly inconsistent. Wixom immediately complied, sending along the information and not charging a dime for it. Southfield and Dearborn each asked for a 10-day extension to fulfill a request that presumably could have been fulfilled by some clerk taking five minutes to look up a page in the city budget.

But the dictatorship of Westland was different.

The Westland city clerk informed my student that they wouldn’t even entertain her request unless she gave them $5 first.

After that, if they decided to give her any information, they would charge a minimum of $45.61 “for every hour incurred in research, copying and collating any requested material, plus $1 a page for all copies.” This place, by the way, bills itself as an “all-American City. For its part, Livonia wanted to charge my student a less outrageous $7.98 — but for an e-mail.

Well, there are two heroes in the legislature trying to do something about this — and they are two guys liberals usually love to hate. Both are Republicans: Tom McMillin of Rochester, best known for hard right positions on social issues, and Mike Shirkey from Jackson County, who was the main sponsor of the hated right-to-work law. But in this, they are on the side of the angels.

Earlier this year, each introduced legislation to correct some of the ways governments are flagrantly disregarding the spirit of openness.

Shirkey’s bill, HB 4001, would amend the law to set statewide standards. He would allow public bodies to charge no more than $0.10 a page, and wouldn’t allow them to charge anything for simply viewing the records. Shirkey would also set punitive damages of $5,000 if the public body or government “arbitrarily and capriciously” violates the FOIA by refusing or delaying providing public records.

McMillin has a companion bill, HB 4314, which would establish a new Open Government Commission. It would investigate citizen complaints when information is denied and have the power to “issue an opinion that is binding and enforceable.”

The Michigan Association of Broadcasters and the Michigan Press Association would each be represented on the proposed commission, and the remaining members would be political appointees.

The bills are likely to move to the full house soon, for one good reason, McMillan told me: They were referred to the House Oversight Committee, which he chairs. He expects to have bipartisan support.

“If we are going to have government we trust, you have to be more transparent,” he told me. McMillin noted that thanks to term limits, he has only a little more than a year left in the House.

“I want to make sure that if citizens want to keep an eye on the government, they are able to do it,” he said. Whatever your politics, you should be out there helping make sure these bills pass.

What has been a campaign sadly devoid of substance is shambling to an end this week. Every poll shows Mike Duggan is likely to get more than 60 percent of the vote, mainly from desperate people who think he is their best shot to get the cops to come, the street lights to turn on and maybe, just maybe, bring some new jobs after Emergency Manager Kevyn Orr leaves.

They may be right. Sadly, Wayne County Sheriff Benny Napoleon has failed to articulate much of a vision for how he would revitalize the city. He has been more believable on how he would fight crime, at least if he had the money.

But Duggan has done little since his stunning write-in primary win, other than pander to the voters and fall on the football of his enormous lead. He has, dismayingly, said things it is hard to think he really believes, such as that he doesn’t believe an emergency manager was needed or that he opposes the Belle Isle lease. My sense is that voters have made up their minds, are going to take a chance, and aren’t paying attention.

At this point, however, we should note that a man who seldom gets much respect these days ran a more honorable campaign back in 2009. Mayor Dave Bing won that year’s primary with 74 percent of the votes, to 11 percent for perennial civic joke Tom Barrow.

But in the runoff, Bing traded much of that lead for integrity. The city was running an enormous deficit then and Bing insisted unionized city workers were going to have to take a 10 percent pay cut and lose certain benefits.

Barrow demagogued shamelessly and made all sorts of promises he couldn’t possibly have delivered. On Election Night, Bing still won easily, but with only 58 percent.

Nevertheless, he had told the voters he was going to make tough decisions and his victory gave him the political capital he needed to make them. It would be far easier to respect and admire Duggan if he told Detroiters they were going to face a hell of a lot more toil, tears and sweat before their city would be healthy again.