How to get your criminal records expunged in Michigan 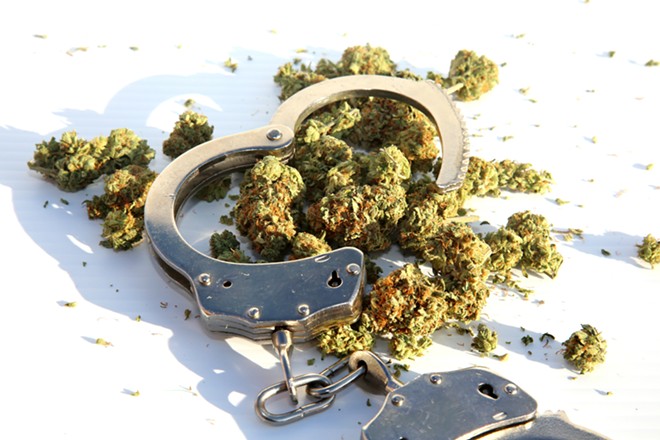 In April, new “Clean Slate” legislation went into effect in Michigan that allows people with criminal convictions to get them wiped clean — including marijuana-related misdemeanors for behavior that is now considered legal, after voters approved legalizing cannabis for adult use in 2018.

Criminal records can prevent people from getting jobs or housing. “I have a client that has one from 30 years ago, she had a couple of marijuana convictions, and she said it's hindered her from being able to get jobs,” said Robyn McCoy, President of the Black Women Lawyers Association of Michigan. McCoy made the comment during a recent virtual panel hosted by social justice organization Michigan United, where attorneys were on hand to answer questions ahead of a virtual expungement fair it’s hosting on Saturday, July 31.

Navigating the new laws can be tricky. Expungement isn’t automatic — yet. To get your criminal record cleared, you have to take initiative, and it costs a bit of money.

According to John Pallas, Assistant Michigan Attorney General, in the ’80s and ’90s, Michigan’s expungement laws allowed for only one conviction to be expunged, with many restrictions. It was amended around 2014 to allow for one felony and two misdemeanors to be expunged — unless you had more, at which case you will be categorically barred. But this year’s “Clean Slate” legislation changes that. People can now set aside up to three felony convictions and all misdemeanor convictions after a waiting period of seven years for multiple felonies, five years for a single conviction, and three years for misdemeanor convictions. And under the “One Bad Night” exemption, multiple felonies committed within a 24-hour period can be considered a single offense.

Exceptions include anything punishable by up to life in prison, and other ineligible convictions including murder, rape, arson, child abuse, terrorism, and driving while intoxicated, among others. “It’s a relatively small list of offenses, but there’s a lot of big ones on there,” said Pallas.

Also, “If you obtain another conviction during that waiting period, what the statute appears to do is to bar any expungements from happening,” Pallas said. “That is something that I think the legislature has recognized is a problem.”

However, “the Clean Slate legislation that went into effect in April of 2021 really changed the landscape of who could get expungements,” Pallas said, adding that the legislation is a “work in progress.”

For marijuana convictions, anything that is now considered legal after November 2018 — possession, growing, etc. — can be wiped. “It doesn’t matter how many incidents were involved,” he said. Even better, expunging cannabis convictions is a bit easier than other types of convictions, as you don’t have to get fingerprinted, and a state police report doesn’t have to be generated.

Eventually, the “Clean Slate” legislation calls for many convictions to be expunged automatically, without people having to apply, but that won’t happen until 2023 at the earliest because the technology is still being developed to process them.

But Pallas recommends people not wait and take initiative now. “If you’re eligible now to expunge your convictions, I would go ahead and get it done now by filing an application,” he said. “The April 2023 date could be delayed yet again.”

He added, “This could change. It's an evolving process. I'm sure the legislature will change these statutes again, sometime in the future. So, you know, stay tuned. Even if your offense currently isn't one that can be expunged, it may be sometime in the future. So I wouldn't give up hope on that, even if your offense that you were convicted of can't be expunged currently.”

To get your criminal records expunged, first, you’ll have to obtain a record of conviction, which costs $10 to download from iCHAT, the Internet Criminal History Tool.

Some convictions in lower-level courts at the city or township level might not be in iCHAT, so you should call your local court and ask them to run your name to see if any convictions come up in that jurisdiction. If you can’t get help, try calling back on another day.

Once you obtain your certified record of conviction, you need to pay Michigan State Police $50 to get fingerprints taken and run a background check. You then have to fill out an application, which is free, but sent to the local court, the local prosecutor, the office of the Attorney General, and the state of Michigan.

Michigan United is hosting a virtual expungement fair from noon to 5 p.m. on Saturday, July 31, where experts will be on hand to answer any questions and help you get your criminal records cleared. All of the above can be handled at the clinic, you just need to have your certified record of conviction.

People can sign up for the “Freedom Clinic” event online. Michigan United is also accepting donations to collect funds to pay for people’s expungement fees.