How to save policing from the cops 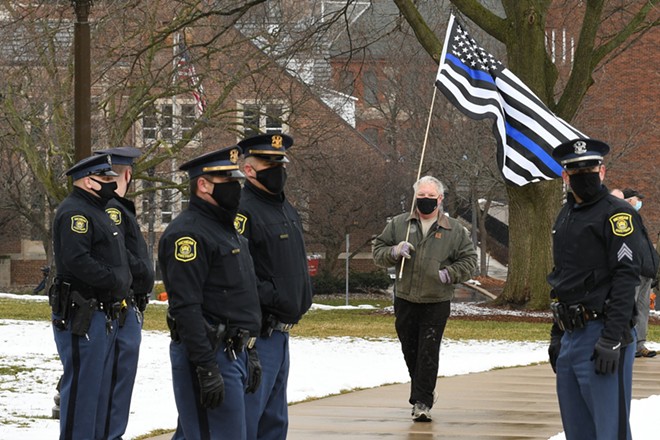 It was tempting to think that Derek Chauvin’s conviction for the murder of George Floyd signaled, well, something. A long-overdue reckoning with the systemic racism and violence pervasive in policing, perhaps. At least an acknowledgment that bad cops must pay for their crimes.

But that’s not really what last Tuesday’s verdict was about.

Consider how the Minneapolis Police Department initially reported Floyd’s murder-by-cop: “[Floyd] was ordered to step from his car. After he got out, he physically resisted officers. Officers were able to get the suspect into handcuffs and noted he appeared to be suffering medical distress. Officers called for an ambulance. He was transported to Hennepin County Medical Center by ambulance where he died a short time later.”

If a 17-year-old girl hadn’t shot video of Chauvin choking Floyd to death as he begged for his life, that would have been the official story. George Floyd would have been just another Black man who died resisting the police. His memory would never have turned into a cause.

Think of how many times, before everyone carried a camera in their pocket, some poor guy — usually Black — “physically resisted officers” and then, a few minutes later, “appeared to be suffering medical distress,” and nobody thought twice about it.

Here’s what I learned from reporting on the police: Cops lie. A lot. Not all of them, and not all the time. But enough that we shouldn’t treat the words “police say” like they were handed down from the mountain.

And they almost always get away with lying. Short of incontrovertible evidence to the contrary — and sometimes, even when there is — police statements are taken as gospel by the courts, by the media, by the public. Understand this: Most internal affairs divisions are a joke, state laws and union contracts protect psychopaths along with decent beat cops, and district attorneys usually only prosecute law enforcement when circumstances and politics afford them no other choice.

I shouldn’t have been surprised by the Chauvin verdict. The evidence was clear as day and damning as hell. Still, the very idea that a cop might be punished for even a broad-daylight murder was such a foreign concept that I’d resigned myself to skepticism until I heard “guilty.” (Guessing from the look on his face, Chauvin shared my disbelief.) I’ll retain some skepticism until his sentencing in two months.

But if you believed this moment — not exactly justice, but maybe accountability — meant we’ve rounded the corner, you didn’t have to wait long to be disabused of that notion. Put aside the tragic death of Ma’Khia Bryant, a 16-year-old Black girl shot dead by a cop in Columbus, Ohio, at about the same time the Chauvin verdict was announced, as the body-cam footage shows that Bryant was trying to stab another girl when she was shot — though cops reportedly telling neighbors that “blue lives matter” while Ma’Khia lay dead showed real class.

Instead, look to the case of Andrew Brown Jr., a 42-year-old Black man who was shot in the back by North Carolina sheriff’s deputies who were serving an arrest warrant on drug charges. Witnesses say the Pasquotank County deputies fired while Brown was in his car driving away; photos from the scene and police radio indicate that’s exactly what happened. The sheriff says there is body-cam footage, but it hasn’t been released, which I can’t imagine bodes well for law enforcement. Nor does the fact that no one has even tried to offer a justification for Brown’s death. (Seven deputies are on leave, and three more have resigned, though the sheriff’s office says the resignations aren’t related to the shooting.)

No less than George Floyd’s murder, this will be yet another test of whether the “justice” system applies to cops who kill Black people, this time in a small, swing county in a growing swing state. The system usually flunks these tests, of course: think of Philando Castile, Sean Bell, Freddie Gray, Sandra Bland, Breonna Taylor, Stephon Clark, Tamir Rice, Michael Brown, and Eric Garner, to name a few.

The idea of defunding or abolishing the police deserves more interrogation than I have space for here, both in terms of politics and practicalities. At a bare minimum, though, we must rethink our relationship to policing and the people to whom we give license to exercise state-sponsored violence.

If we must have cops — if we are paying people whom we allow to kill us — shouldn’t we have the right to demand that they be good at their jobs? And shouldn’t we, the public, have the right to know everything about them and their work — easy access to their personnel files and internal affairs records, for instance?

These aren’t assistant coffee-fetchers at the local sanitation department, after all. Not all government employees deserve the same civil service protections.

If you don’t want the movement to defund police to gain traction, you should demand radical transparency and disciplinary regimes that make it easy to get rid of not just the proverbial bad apples but the not-so-bad apples that cover for the bad apples. Fully empowered citizen review boards are a start.

Saving policing from itself will require changing both the nature of the profession and the people who practice it. For too long, politicians in both parties and at every level have been beholden to police unions and terrified of being labeled “soft on crime.” We built a carceral state unparalleled in the world and gave cops free rein to enforce the law however they saw fit, especially when they did so in brown and Black neighborhoods.

Overpaying a consultant for a few hours of “racial equity” training won’t salve the wound. If the cops want the respect of the communities they serve, they’ll need to earn it. Rather than dressing up like G.I. Joe and playing war with Black Lives Matter protesters every time some cop guns down an unarmed Black man, maybe they should think about how to make the next protest unnecessary.

Get more Informed Dissent delivered straight to your inbox. Subscribe at billman.substack.com.