ICYMI: Michiganders quit their jobs, rap concert canceled due to vax rule, and more news you may have missed 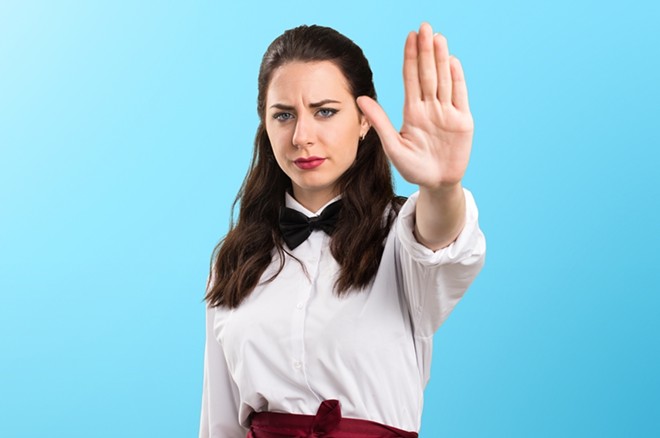 Twitter data reveals that Michigan is in the top spot when it comes to people making posts about quitting their job. In the past month, Twitter found more than one million geo-tagged Michigan tweets that use phrases such as "quit my job" or "find new job" or "quitting my job." Though Michigan is the employee of the month when it comes to posting about quitting, Georgia, Arizona, and Oregon trail behind, with Alaska, Kentucky, and the Dakotas among those who tweet the least about quitting. And this Twitter chatter isn't just talk. Per the U.S. Labor Department, August was a big month for people actively quitting their jobs, with 4.3 million people — or 3% of the country's workforce — giving the big F-U to their employers. This is the highest reported number of resignations since 2000, which is when the Bureau of Labor Statistics started tracking employment data. This phenomenon is being touted as "The Great Resignation," as people have, as a result of the pandemic, come to value their time more and are now prioritizing higher wages, healthier working environments, and better benefits.

An increasing number of Detroiters are living in substandard houses with moderate to serious maintenance problems, and the rate is highest among Black households, according to a new University of Michigan report. The study found that more than 38,000 houses in the city are likely in need of major repairs, with problems ranging from broken furnaces, leaking roofs, electrical issues, crumbling foundations, broken windows, water stoppages, rodent infestations, and nonworking toilets. That represents about 13% of Detroit’s occupied houses. By comparison, about 3.2% of houses in suburban Detroit have similar conditions. In Detroit, Black households are three times as likely to live in substandard homes than white households. People who live in substandard homes have an increased risk of health problems.

Hamtramck is the latest Michigan community to report elevated levels of lead in its drinking water. According to recent tests, the lead levels in the city are 17 parts per billion (ppb), exceeding the state's action level of 15 ppb. "The goal for lead in drinking water is 0 ppb; there is no safe level of lead in the blood," a press release from the city notes. The annual tap water tests were recently conducted at 42 homes in the city. While the "action level" isn't a health-based standard, it triggers additional investigation and outreach in accordance with the Michigan Safe Drinking Water Act. The city says it will be collecting water samples from 60 homes every six months and reviewing the results to determine if additional action is necessary. Hamtramck residents can call the Michigan Department of Health and Human Services (MDHHS) at 844-934-1315 to get their service line inspected or have their drinking water tested for lead. Wayne County Healthy Communities is also offering tests for lead levels in blood. An emergency has also been declared in Benton Harbor, a majority-Black city where lead levels in some homes tested at more than 800 parts per billion.

An upcoming hip-hop concert scheduled for Nov. 7 at Detroit's Masonic Temple has been canceled because the promoter said fans did not agree with the venue's policy requiring COVID-19 vaccinations. The concert, dubbed "Move the Crowd," was to feature a lineup of rappers like The God MC Rakim, KRS-1, and Slick Rick. Promoter Derrick Kearney of 2D Productions & Entertainment said the concert will be relocated to another venue and date. "We've received 100's and 100's of texts, voicemail's and comments on social media about the Masonic temple’s vaccination mandate," Kearney wrote in an email. "We have also found out that the majority of concert goers in that HipHop demographic aren’t vaccinated. So the vaccination mandate with the Masonic Temple is the reason." AEG Presents, which operates at venues including Detroit's Masonic Temple and the Royal Oak Music Theatre, announced a policy in August that requires proof of vaccination for guests, staff, and talent.

Across the country, newspapers are folding left and right, victims of the combination of evaporating ad dollars, hemorrhaging subscriptions, and vulture capitalism. Does journalism deserve to be saved? We think so, but we're biased. But Michigan Attorney General Dana Nessel has joined a bipartisan coalition of 15 attorneys general calling on Congress to pass legislation supporting local journalism. The attorneys general signed a letter of support for the Local Journalism Sustainability Act of 2021 (H.R. 3940 and S. 2434). “As stated in our letter, local journalism is absolutely critical to our communities and our democracy,” Nessel said in a statement. “This industry has struggled for many years and this pandemic has only exacerbated these challenges. I am urging Congress to support local journalism and pass this legislation.” The legislation would support journalism by offering up to $250 in tax credits to local newspaper subscribers to offset subscription fees, up to $5,000 in tax credits to some local businesses for buying ads in local newspapers, and up to $25,000 for local newspapers to hire local journalists.