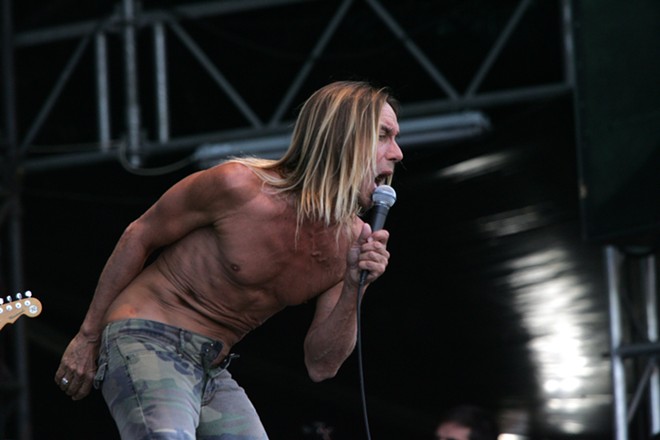 Lust for caffeine, anyone?

The latest product to sport Iggy Pop's name, following 2017's surf and destroy-worthy board short collab with Billabong, is a signature brew from Stumptown Coffee.

The blend, which boasts bold notes of “dates, nutmeg, and a long, chocolatey finish,” is produced by an Indonesian community located in Aceh, Sumatra, and processed by the Ketiara Cooperative — a certified organic, female-run co-0p. The brew's minimalistic matte black bag, designed by the Detroit punk pioneer, sports an illustration and his autograph.

#coffeedate Posted @withrepost • @stumptowncoffee ⚡️COFFEE WITH IGGY POP⚡️ We’ve teamed up with the Godfather of Punk to bring you a special coffee in a bag designed by the man himself. Inside you’ll find single origin Indonesia Bies Penantan, produced by the female-led Ketiara Cooperative. ⠀⠀ ⠀⠀ A portion of proceeds goes to supporting the @girlsrockcampalliance , who empower youth through music. ⠀⠀ ⠀⠀ Find it in cafes and online ✌️ @iggypopofficial ⠀⠀


Iggy's caffeine craving has been well documented, mostly by friend and filmmaker Jim Jarmusch. In 2003, Pop appeared in Jarmusch's Coffee and Cigarettes — a black-and-white conversational collection of vignettes during which Pop shoots the shit with Tom Waits over, you guessed it, coffee and cigarettes. Most recently, Iggy played “Male Coffee Zombie” alongside Bill Murray, Adam Driver, and Tilda Swinton in The Dead Don't Die, which hit theaters last week.


A 12-ounce bag of Iggy's brew will run you $19 and can be purchased here. A portion of the proceeds will benefit Girls Rock Camp Alliance.