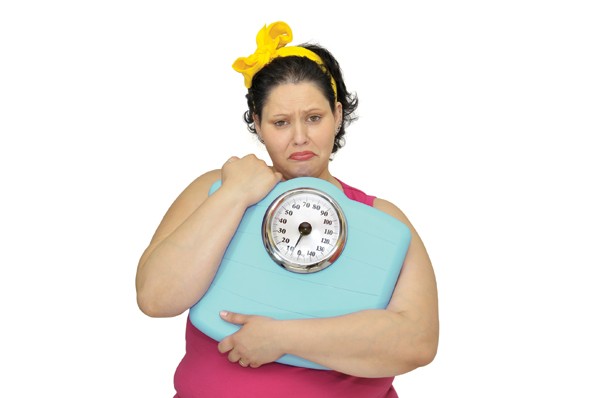 Q: I’m a 34-year-old straight female. I am morbidly obese and have been for most of my life. I have never dated. I’ve been on a couple of dates, and only when I asked the guy out. From reading your columns and books, I am aware that some men are attracted to fat women. But since I never received any real sexual attention as a teen or twentysomething, I don’t know how to deal with men in a sexual way or in a way that would develop into a relationship. I also think my (lack of) experience has caused me to become bitter toward men. How do I stop being bitter and learn how to develop a romantic relationship? —Fat And Bitter

But maybe dating sites aren’t the place to start.

“More important than worrying about finding people to date who love your size is making sure you love your size,” says Jolene Parton, a fat dancer, sex worker and activist. “Self-love can be the hardest thing in the world for a fat woman, but it’s the best way to inspire others to love you and your body, FAB. Getting plugged into a fat-positive community might help you find friends and lovers who love the whole you. NAAFA.org and Nolose.org are both great places to start.”

So let’s say you’ve learned to love your body and you’re ready to date. What to do about the bitterness? Let it go. Resolve not to punish a man who expresses an interest in you now for failing to kick down your door a decade ago. And, yes, men suck; we really do. But you know what? Women can be sucky and shallow and judge people on appearances alone too. (Ask any short guy.) But it might help you keep things in perspective — and let go of the bitterness — if you bear this in mind: We all have to make ourselves vulnerable to people we’re attracted to, and sometimes those people respond by shitting all over us. Straight women shit on straight men, straight men shit on straight women, gay men shit on each other, lesbians shit on each other, bisexuals shit on everybody. All of us have had our hearts broken or, even worse, ignored, and every last one of us has cause to walk around feeling bitter about men, women or both. Most people let it go, FAB, and you can too.

One other bit of advice: Be open about being inexperienced. That will attract some guys and scare some others off. Good riddance to the ones it scares off, FAB, but don’t assume that guys who are interested are necessarily nice guys. Some will be, of course, but some might be manipulators who want to take advantage of your inexperience or your perceived desperation. To help you sort the good ones from the bad ones, FAB, convene a small panel of friends to serve as your bullshit detectors. Your own bullshit detectors aren’t gonna be good — they also don’t develop until you start dating — so ask your panel to point out any red flags that you’ve missed. Good luck!

Q: I’m a 30ish woman in a lovely GGG relationship with a man about my age. I’m submissive and masochistic; he’s dominant and willing to inflict some pain. Neither of us has tons of BDSM experience, but we’re enjoying each other. My question: My boyfriend is into belly-punching. I’m happy to indulge him and have started to enjoy it. He likes it when I relax my abdominal muscles. Is this safe? What precautions should we take? Does the fact that I have an IUD factor in? And if I ever get pregnant, should we stop for the duration? —Belly Erects Long Lovely Youknowwhat

A: “There certainly are consensual boundaries that only the person and their partner can know how to navigate,” says Dr. Leah Torres, an obstetrician and gynecologist with a special focus on family planning, “but I encourage safety first always.”

And Dr. Torres sees danger in what you’re doing, BELLY. “Abdominal muscles protect and hold our intestines, liver, spleen, pancreas, etc., in place, and there can be risk involved in blunt trauma such as punches in the abdomen, especially if the muscles are ‘relaxed’ and therefore not protective,” Dr. Torres says. “For example, if someone has an infection like cytomegalovirus (‘mono’), the spleen can be more susceptible to injury. Blunt trauma could cause splenic rupture and internal bleeding that could be life threatening. While that is uncommon, it is an example of how something that appears ‘not dangerous’ could become so, given the right circumstances.”

One precaution you could take? Stop relaxing your abdominal muscles and use them — use your tensed, flexed abdominal muscles — to protect your internal organs. “There is no risk to the IUD, as it is inside a very small uterus that is in the lower pelvis,” says Dr. Torres. “But when someone is pregnant (!), I would recommend no belly-punching — not under any circumstances!”

Q: I’m a gay man of about 30, in a relationship with a great guy. But he seems to be “feminizing” me, and I hate it! I’ve spent the last decade in grad school. I stayed in shape — above average! — but there was no time for significant exercise. I’ve started working out hard, but the going is slow. I weigh about 20 pounds less than my boyfriend. I find that I simply can’t match his level of aggression in bed. He has even joked a couple times about me being more “the woman” in our relationship — and I don’t like that. However, quite frankly, it’s not like I can toss him into bed and have my way with him. I want him to see me as another man in bed. It’ll be another year or two before I really reach his level of athleticism. Any ideas in the meantime? —Not One To Feel Entirely Masculine

A: Just one, NOTFEM: Get over yourself.

If your boyfriend says something that annoys you (“You’re the woman!”), tell him to knock it off. But your boyfriend could be “joking” about you being the passive one because he prefers it that way. If he would rather be the tosser, NOTFEM, you’ll need to either find a different boyfriend or stop grounding your sense of masculinity in something so arbitrary as a game of who-tossed-who-farther and who-can-bench-press-what. mt