In Michigan, Big Marijuana wants to crack down on caregivers who grow pot for patients at home 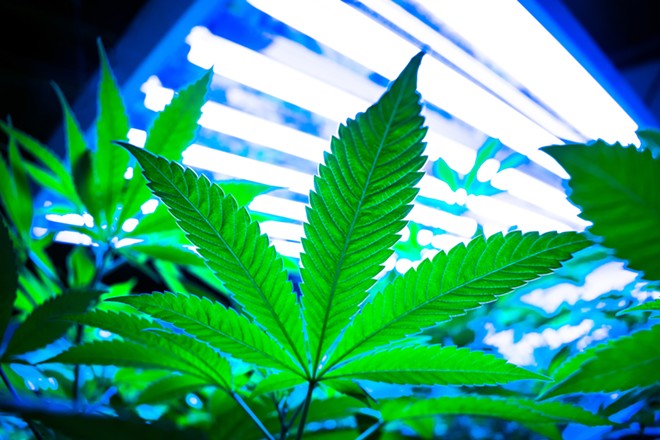 Medical marijuana caregivers and patients led the way in the cannabis legalization process in 2008, when voters passed the Michigan Medical Marihuana Act. However, since marijuana was legalized by voters in 2018 for recreational adult-use, most of the attention has now been on that much larger market.

Well, the attention has swung back to medical use and the rules, mainly for caregivers, in a new set of laws. The Michigan Cannabis Safety Act (HB 5300-5302, 5319-53210) would radically change how caregivers are allowed to operate. On Tuesday, the legislation cleared the House Regulatory Reform Committee, and now heads to the House for a vote.

“We applaud the members of the House Regulatory Reform Committee for taking this major step toward addressing Michigan’s unregulated, unlicensed cannabis market by helping ensure all patients have access to cannabis that is tested, clearly labeled, tracked and licensed,” Michigan Cannabis Manufacturers Association (MCMA) executive director Steve Linder said in a statement.

The new regulations, lobbied for by the MCMA, have become a flashpoint between a handful of the biggest cannabis corporations in the state, and about 30,000 caregivers and their patients. Another organization, the Michigan Cannabis Industry Association, representing more than 300 businesses, has publicly supported the caregivers and patients in this tussle.

To a certain extent, like the new voter laws sweeping across Republican-led states, these new regulations seem designed to fix a problem that doesn’t exist. Just as there is no widespread evidence of voter fraud, there have been no widespread problems with the quality or safety of caregiver products.

In October, the MCMA encouraged its members to provide free or low-cost cannabis products to patients with severe or terminal illnesses. Once again, the MCMA framed it as an issue of testing.

“Just like any other form of medicine, patients with cancer and other severe or terminal illnesses deserve to know their cannabis has met the highest standards for testing, tracking, licensing and safety — and our members’ products do just that,” Linder said. “Michigan’s patients rely on cannabis as medicine and deserve to know where their cannabis comes from and what’s in it. We encourage our member companies to assess the specific needs of these patients in their communities and help ensure they have access to safe, tested cannabis products.”

Like the new voter laws sweeping across Republican-led states, these new regulations seem designed to fix a problem that doesn’t exist. tweet this
In Michigan, licensed caregivers are allowed to grow up to 12 marijuana plants for up to five patients. The new regulations would cut the number of patients a caregiver can have from five to one. That would potentially cut off about 42,000 patients (not every caregiver has five patients) from their caregivers, and potentially force them to purchase products from the state’s licensed dispensaries — or go into the black market system.

“There is no data showing that anyone has been injured by caregiver flower,” says Anton Harb, a Macomb County caregiver, who is also a disabled veteran. “The effects this would have on our veteran community would be devastating. … Many of them with PTSD would be extremely impacted with this (change). To a PTSD patient. to create a relationship with somebody to where you trust people takes time. ... Many of them are scared of the [United States Department of Veterans Affairs], and the caregiver system gives them enough anonymity.”

The anonymity of caregivers takes a hit in one part of the law. HB5301 would allow the state Marijuana Regulatory Agency to disclose the addresses of caregivers to law enforcement.

There’s a new kind of drug war brewing in this new environment, one that takes the element of choice from patients. Caregivers are caregivers because their patients chose them. Some caregivers produce strains and specialty products specifically for individual patients, and some don’t even charge their patients for services. Plus, places that have invested a lot of money into their businesses don’t necessarily have the luxury of growing a strain that does not produce large volumes.

Patients were the driving force behind legalizing medical marijuana. Now they are a small number of the overall market. If Michigan shows the same trends as some other states, there could easily be 3 million recreational users here. It looks like Big Marijuana wants to push them around.

The MCMA is shrouded in secrecy. There is no list of member businesses on the site, though it notes MCMA members hold nearly half the Class C grower licenses in the state. The letterhead on a press release from the organization claims, “The Michigan Cannabis Manufacturers Association is an association of many of the State's largest Growers, Processors, and Vertically Integrated Cannabis Licensees.”

“Nobody knows how many businesses belong to the MCMA,” says Rick Thompson, executive director of MiNORML. “They scrubbed their website of the names of all member companies and guarded the member list like Fort Knox. That creates a greater image of dark money.”

Although the Michigan Medical Marihuana Act only allows for changes to the law with a 75 percent vote of the legislature, there have been instances where it happened — to regulate CBD and THC levels in products, and to allow for telemedicine practices during the COVID-19 pandemic.

No vote has been scheduled on the new regulations. If you wish to oppose the Michigan Cannabis Safety Act, you can contact your local representatives (more information is available at ​​bit.ly/3BhO3vo) or become a patient advocate through Americans for Safe Access.