You'll leave the theater better informed and more furious than ever 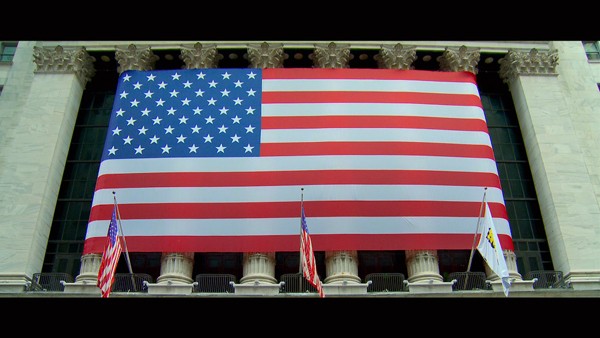 American democracy has been bought and paid for, and we didn't even bother to stop and get a receipt. This is the harrowing, revolting message of Inside Job, a workmanlike but undoubtedly persuasive documentary that maps not just the 2008 economic crisis but the ruthless three-decade-long campaign by leading financial firms to outwit regulators, coerce legislators and to strip-mine the taxpayers' resources.

The story starts oddly enough in Iceland, a tiny, sturdy, quaintly eccentric north Atlantic nation that briefly lost its financial mind, with catastrophic results. In 2001, the government reversed long-standing policy and deregulated the country's three major banks, which then proceeded to rapidly expand through international loans, in excess of $50 billion, many times more than Iceland's GDP. These banks inevitably collapsed, which severely strained their European creditors and sent global shockwaves, rattling a U.S. market that was secretly already about as stable as a house of cards in a wind tunnel.

Back on Wall Street, the corrupt, amoral and occasionally simply negligent power brokers had been gaming the system for years, leading to a series of smaller disasters on the highway to fiscal apocalypse. The film patiently lays out the way in which federal monetary regulations that dated back to the New Deal were stripped away, first by Reagan, then by both Bushes and Bill Clinton. President Obama isn't spared scorn here, as his decision to hire such conflicted and complicit insiders as Ben Bernake is treated as an outright betrayal.

Director Charles Ferguson, who previously made the highly potent Iraq doc No End in Sight, is dogged in pursuit of clarity, plowing through mountains of confusing data, and through the thicket of lies and misdirection thrown up by the culprits. The mind-numbing complexity of such perplexing things as credit-default swaps, junk bonds, derivatives, the CFTC and leverage, is enough to confound and discourage the layman, a fact the con men relied upon to pull off a massive heist of trillions in plain sight.

Ferguson engages a host of economists, bond traders, lobbyists, bankers and politicians in spirited interviews, often aggressively challenging the distortions, dishonesty and callousness of guys who still seem to think they've done nothing wrong. One of the more intriguing interviews is with a Manhattan-based madam whose escort service was bolstered by Wall Street firms that purchased cocaine and prostitutes at an "industrial level." And then there is the sad spectacle of former New York governor Elliot Spitzer, a fiery, iron-jawed progressive reformer with the guts to battle the system, whose moral authority evaporated as quickly as you could say "client No. 9." Spitzer ironically points out that while he was investigated for his personal transgressions, Wall Street CEOs almost never are, a moment of clarity both poignant and darkly funny.

The right-wing media's raging bulls will see red at the inclusion of billionaire philanthropist George Soros, a liberal boogeyman that Fox news continually cites as a shadowy force of evil behind all of society's ills. More damming are the people who declined interviews: Such major players as Alan Greenspan, Tim Geithner and Larry Summers are conspicuously absent.

Inside Job covers the same ground as Michael Moore's Capitalism: A Love Story, and does it more precisely but, in an odd way, less gracefully. Matt Damon's dour narration has a wearying effect, as does the droning, ominous music score. While the film is occasionally too unflinching and sober for its own good, viewers will certainly leave the theater better informed — and more furious than ever.