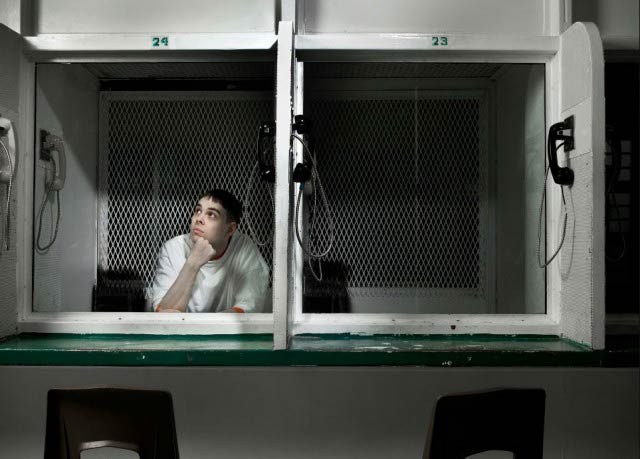 The best and worst decision Werner Herzog made in his documentary, Into the Abyss, was to focus on convicted murderers Michael Perry and Jason Burkett in his examination of criminal violence, capital punishment, and the unfathomable losses that attend each. On the one hand, he avoids misguided sentimentality or simplistic conclusions by training his gaze on a pair of individuals who are unquestionably guilty. At no point do we feel like he is lobbying on their behalf. On the other hand, his access is so limited (Herzog was given only one hour with each killer) that his movie never achieves the intimacy, insight and personal context needed — particularly in the case of Perry — for us to fully connect with his subjects.

While Burkett comes close to being presented as a three-dimensional individual — mostly through interviews with family members and loved ones — Perry, who was executed only eight days after his meeting with Herzog and whose surviving family refused to participate, is little more than a baby-faced cipher.

Things start promisingly enough, with the German director informing Perry of his opposition to the death penalty but then adding, "It does not mean that I have to like you." Unfortunately, the interview that follows is mostly unrevealing, with Perry glibly claiming innocence, proclaiming his love of Christ, and displaying a penchant for self-importance. An oddly superfluous story about monkeys and crocodiles seems the result of too few editing choices. The exchange with Burkett, who received a life sentence, is only marginally better.

The crime is one of unimaginable stupidity: The then-19-year-old boys break into a house in a gated community and murder three people — a cookie-baking mother, her teenage son, and her son's best friend — in order to steal a red Camaro. Their attempts to hide their deeds are as brutal as they are inept. Were these boys the product of a downtrodden community too accustomed to violence? Why is Conroe, Texas, and its tumble-down neighbor, Cut and Shoot (no shit), a breeding ground for brutality? Is the death penalty a reasonable response to the actions of teenagers? Does capital punishment make sense of senselessness? Herzog never really digs in or opens up his narrative enough for us to contemplate, no less decide. While he does a good job of demonstrating how violent crime — committed by both individuals and the state — damages everyone it touches, Into the Abyss lacks the intellectual scrutiny or artistic expression necessary to provoke meaningful debate.

The German director takes a more egalitarian approach to his topic, turning his camera on the circle of professionals, parents, and neighbors who surround the murders, and the grieving families of Perry's victims. This sets him on some unexpected paths, some more effective than others.

A prison chaplain cheerfully recounts his service in the "death house" with clichéd pieties, only to come undone over an anecdote about a squirrel and the fragility of life. Melyssa Thompson-Burkett, who married one of the killers and now carries his child (how is cheekily hinted at but never revealed), seems to toe the line between inmate groupie and delusional romantic. Daughter and sister to the victims, Lisa Stotler-Balloun is so wounded by the tragedies in her life that she's given up owning a phone — so no one can call her with more bad news.

What emerges from these interludes, and ultimately saves the picture, is the despairing but intimately humane tapestry of trauma Herzog weaves. With compassion and curiosity he elicits surprisingly humble reactions from his subjects — the most touching (and haunting) of which come from Burkett's incarcerated father. Serving a life sentence of his own, the middle-aged man expresses profound shame and regret at how he failed his family and sired sons who have followed in his criminal footsteps. If ever there were an indication that even the most wretched of us can learn from our mistakes, Burkett Sr. seems to fit the bill.

It's moments like these that suggest Herzog's brilliance as a documentarian — if only he'd get out of his own way. Too often the filmmaker asks leading questions or imposes his own views as sound reasoning. When interviewing Fred Allen, the state's longtime executioner — a man who presided over more than 100 lethal injections, then rethought his support of the death penalty and quit — Herzog asks, "Could it be that your real self came out?"

Putting aside the question's lack of honest inquiry, it says more about Herzog's biases than how the man viewed his own change of heart. Ultimately, Into the Abyss is both affecting and frustrating, the work of a smart and sensitive filmmaker who, much like the justice system he confronts, mistakes half-formed ideas for profound truth. —Jeff Meyers

YouTube: Interview with Fred Allen (would be a great embed)