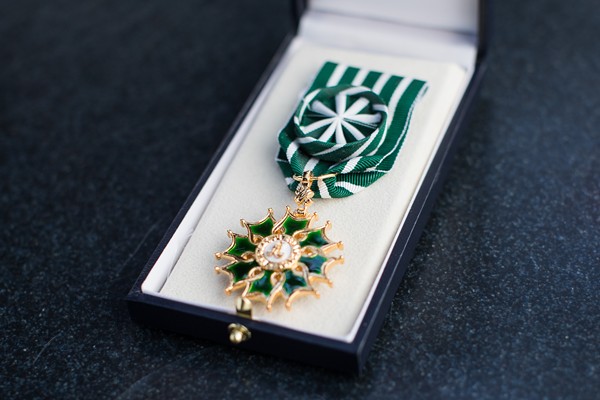 Today we learned that Underground Resistance co-founder and techno innovator Jeff Mills has been knighted with a high French title, as an officer in the Ordre des Arts et des Lettres, by the French Ministry of Culture. The award is in recognition for his contribution to the arts on an international level. Mills, who these days is headquartered in Chicago, is also a composer, label head, designer, and visual artist. This happened last Friday, April 28, and is already included on the artist's Wikipedia entry.

The reality of course is that America's greatest cultural innovators are far better appreciated abroad, especially when they are minority artists, or part of a subculture. With the current administration, this is not likely to change anytime soon.

Related Jeff Mills on the importance of 12-inch label art, and the future of the human race

Jeff Mills on the importance of 12-inch label art, and the future of the human race
By Mike McGonigal
Local Music

"The title bestowed upon him by Jack Lang, the former Minister of Culture of France, in a private ceremony at IMA Institute in Paris on Friday 28th of April 2017. This is a major cultural distinction awarded by French Government. The Ordre des Arts et des Lettres (Order of Arts and Letters) is an Order of France, established on 2 May 1957 by the Minister of Culture, and its supplementary status to the Ordre national du Mérite was confirmed by President Charles de Gaulle in 1963. Its purpose is the recognition of significant contributions to the arts, literature, or the propagation of these fields." 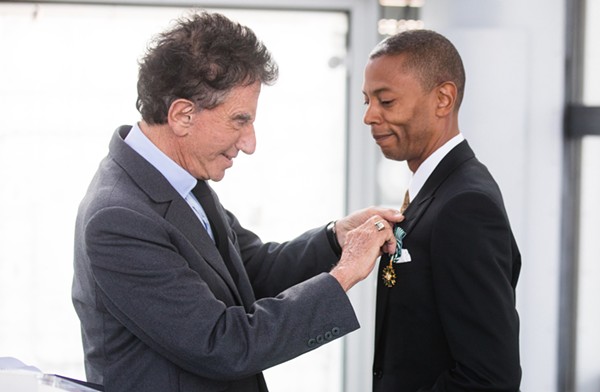 Related Jeff Mills on science in techno, and the science of DJ'ing: The Man Machine

Jeff Mills on science in techno, and the science of DJ'ing
The Man Machine
By Mike McGonigal
Local Music

"Honorees must not be French themselves, but their work must be deemed to have enriched French culture. The order has three grades, increasing in prestige from Chevalier, to Officer, and to Commander. Jeff Mills is no stranger to French honors. In 2007, the French ministry of culture presented him with the medal of Chevalier des Arts et des Lettres. The new distinction marks a promotion from the rank of Chevalier, to Officier, with the highest rank being that of Commandeur." 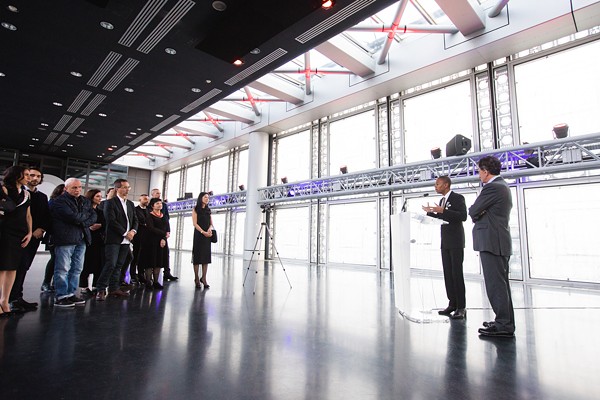