Why the War on Drugs is a war against black people 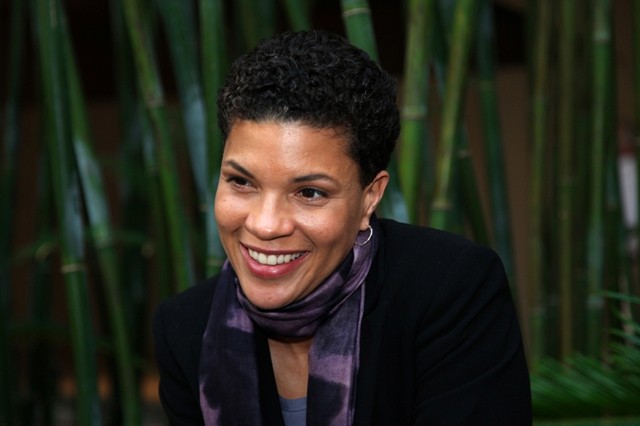 Attorney Michelle Alexander has been shaking things up across the nation over the past two years, yet you may not have heard of her. Her book, The New Jim Crow, Mass Incarceration in the Age of Colorblindness, takes on race and the War on Drugs in ways few people would dare to approach. The point of her book is that there is a new Jim Crow system that traps many African-Americans in a permanent underclass. That system is driven by the War on Drugs which causes many young people to be stigmatized by felony records — for a victimless crime — that keep them from employment, education and housing.

"The arguments and rationalizations that have been trotted out in support of racial exclusion and discrimination in its various forms have changed and evolved, but the outcome has remained largely the same. ... Rather than rely on race, we use our criminal justice system to label people of color 'criminals' and then engage in all of the practices we supposedly left behind. Today it is perfectly legal to discriminate against criminals in nearly all the ways that it was once legal to discriminate against African Americans."

Alexander, a former ACLU lawyer and now associate professor of law at Ohio State University, was a key player in convincing the NAACP to call for the end of the War on Drugs at its national convention in 2011. Last year, she spoke to members of the Michigan Legislature, which led Republican Rep. Rick Olson to begin writing legislation (not yet introduced) that would legalize marijuana in Michigan. This Sunday, she will be the keynote speaker at Central United Methodist Church's Eighth Annual Peace and Justice Banquet, a fundraiser for the church's progressive work in the community.

"We need occasions where the people who are fighting for peace and justice can gather in a place where they know they are not alone," says the Rev. Ed Rowe, pastor at Central United. "It's a gathering of unions and peace networks and people fighting for everything from ecological issues to those trying to eradicate white racism. It looks like the struggle continues. Defeating the emergency manager law is one occasion where we know our efforts together had impact, but if we think for one minute we can stop working because of one victory, we are badly mistaken."

Rowe is not advocating for drug use, but he is advocating for justice, and it doesn't take long when reading The New Jim Crow to understand why justice is not served by the drug war. The War on Drugs is mainly conducted as a war on black and brown people. A study of New York drug arrests from 1997 to 2006 by sociologist Harry Levine and drug policy activist Deborah Small found that 18-to-25-year-old whites are more likely than blacks or Hispanics to smoke marijuana, yet blacks were five times and Hispanics three times more likely than whites to be arrested for marijuana possession.

This is no accident. Neill Franklin, executive director of Law Enforcement Against Prohibition and a retired 30-year Maryland police veteran, is another activist who helped shape the NAACP policy. I have quoted him in past columns saying that police seek out drug offenders in urban neighborhoods because it is easier to find them and they don't have the means to defend themselves as well as whites in more affluent neighborhoods. He adds that if police actually pursued drug arrests in affluent neighborhoods there would be political pressure to stop law enforcement from doing that.

The result is that young white drug users are far less likely to suffer the stigma of a drug conviction and prison term. The result in urban neighborhoods is devastating. Families are broken apart when a member goes to jail. Sometimes the loss of a breadwinner throws the family into poverty. Educations are interrupted or ended. When an offender's sentence is served, he is dumped back into the community with no skills, unable to get a job or government aid for education or housing, and there is a high chance that he will become a repeat offender.

"I think that people think that the struggle related to Jim Crow and the racist system is behind us, that we won that victory in the '60s," says Rowe. "We've simply changed venues. We figured out another way to create a race-based caste system that puts people in prison, on parole, locks them out of getting to vote, out of jobs, out of the ability to buy a home. Jim Crow is happening in our cities right now."

This is a key issue right now in Detroit, where voters recently passed Proposal M, which legalizes possession and use of as much as 1 ounce of marijuana by adults 21 and older. Elected officials and police have not said much about it, but what we have heard has been against the provision. This is a turning point in the War on Drugs. While public opinion has changed to the point where polls show a plurality of the public supports marijuana legalization and regulation, the public is still uneasy about other drugs such as cocaine and crystal meth. It could be that showing how a regulated marijuana market works will create a path for turning around policies on other drugs. The biggest problems caused by drugs are gangs and violence, both of which are byproducts of the fact that drugs are illegal. Most supporters of legalization of all drugs believe they should be considered a public health issue, not a criminal one.

Alexander will put the focus on drug policy, but there are many other struggles that get support from Central United. The building houses groups working around issues such as sexual orientation, welfare rights, hunger and youth empowerment. People Before Banks works there as well as organizers of the annual Martin Luther King Day March.

"We're trying to keep people alive and trying to change the system so they don't need that kind of help," says Rowe. "Most of these agencies aren't paying rent, money helps keep this six-story building here and allows them to work. They don't bring rent money with them. Believe me."

Central United Methodist Church's Peace and Justice Banquet will honor Sr. Florence Deacon, president of the Leadership conference of Women Religious; Sybrina Fulton and Tracy Martin, parents of the slain teenager Trayvon Martin; and a posthumous award to Ethyl Schwartz, the late Gray Panther and labor activist. Civil rights attorneys William Goodman and Amos E. Williams are the co-hosts. The event is 4 p.m. Dec. 2 at the Detroit Marriott at the Renaissance Center. Call 313-965-5422 ext, 130 or 133 or email peacejusticebanquet@yahoo.com for ticket information.