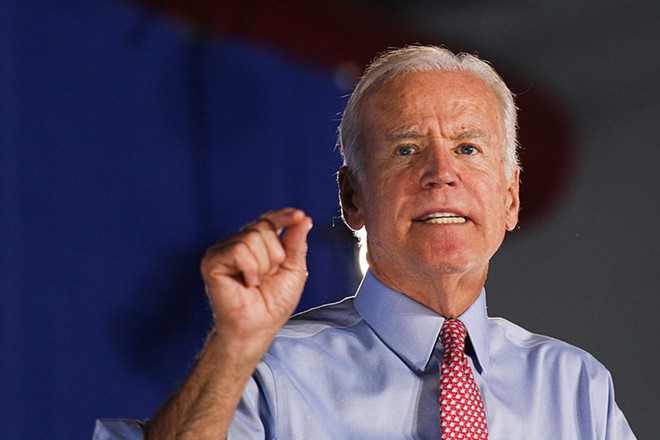 A rebuke from the FDA on vaccine boosters. A diplomatic row with France. Haitian refugees appearing to be horsewhipped by Border Patrol agents. A budget package on the verge of stalling.

Those are just the latest in the long list of problems piling up on President Biden’s desk.

A few weeks back, I wrote about the first week in what has emerged as a brutal month for President Biden. I tried to put the week’s events — the Afghanistan evacuation, the delta surge, and poor job numbers — in context. The President was cleaning up other people’s messes, I argued.

This time, though, it’s different. Take the diplomatic row with France. As part of the administration’s efforts to project power in the Indo-Pacific, the U.K. helped broker a deal for the U.S. to sell nuclear-powered submarines to Australia … except Australia had already had a deal to buy diesel-powered submarines from France. In an uproar (partly manufactured to bolster President Emmanuel Macron’s image ahead of elections in France), the French went as far as to recall their ambassador — for the first time in the history of our alliance. I suspect that this tantrum will be short-lived. However, it left an opening for the French to allege that Biden was carrying over the same nonchalance that his predecessor brought to international diplomacy, a damaging blow to a president who has made a show of turning the page after Trump. France is, after all, a close U.S. ally and, at the very least, perhaps a conversation could have been had with the French to avoid the surprise.

Then there’s the saga over boosters. Today, the Food and Drug Administration amended the emergency use authorization for the Pfizer vaccine to include a single booster for people over the age of 65 and those with higher risk of exposure. What’s missing? A broader authorization for boosters for the general public, which the Biden administration had recommended back in August at the behest of the drug’s manufacturers. The administration’s end-around of the agency led to two high-profile resignations from the director and associate director of the FDA’s vaccines division. They would go on to pen an influential review piece in the The Lancet, excoriating the general vaccine booster recommendation. Another unforced error: for an administration pledging to “trust the scientists,” getting ahead of the scientists is probably a bad choice.

And then there are the horrific events — yet again — on the southern border. This time it was Border Patrol agents cosplaying cowboys, appearing to whip Haitian refugees from horseback. (Editor's note: The photographer says he did not see the Border Patrol agents whip anyone.) In a move that was likely in contraposition to international law, the administration forcibly repatriated some of the refugees to Haiti, a country in political turmoil, still reeling from a massive earthquake. Meanwhile, a squalid migrant camp of up to 15,000 refugees formed under a bridge in Del Rio, Texas at the Mexico border. There remains no clear direction forward. In addition to those who’ve been repatriated, some refugees have been removed for processing in detention centers, and some have been allowed into the country. Though this crisis does reflect the ongoing failure of any administration to deal with the immigration issue, this isn’t the first time this administration’s faced a challenge at the border in the nine months since Biden took office. And the fact that each iteration of the border crisis gets worse, rather than better, suggests a level of dysfunction that the administration has to own.

Finally, there’s the budget reconciliation deal. As I’ve written in these pages, the package would fundamentally overhaul an American governing consensus that has reigned for four decades. Achieving this alone would put Joe Biden’s name in the history books. And yet the obvious risks of what had seemed such a promising strategy, of bifurcating the legislative process along two axes that included a bipartisan infrastructure bill and a broader budget reconciliation package, are beginning to manifest. This approach always favored recalcitrant moderates: they were positioned to simultaneously get credit for working across party lines on the bipartisan bill and thwarting what they characterize as the irresponsible overspending of progressives. Now the whole agenda hangs in the balance as progressives have been forced to save Biden’s agenda in its entirety by threatening the infrastructure deal the moderates so prize.

What could Biden have done? Played hardball with the moderates. Instead, he’s long since harbored their same instincts: that bipartisanship is a good unto itself, even if it costs you the whole damn thing.

And in some respects, that’s the thread that ties this whole thing together: Joe Biden is weary of political confrontation. But a stitch in time saves nine. Avoid a hard early confrontation with your French ally and create an unnecessary political row. Avoid standing up to Pfizer’s effort to lobby for general boosters, and earn a rebuke from the scientists who know it's unjustified. Avoid a confrontation with the moderates in your party, and risk losing your whole agenda. It turns out that when you’re the president of the United States, appeasement only goes so far. Early action goes a lot further.

Originally published Thursday, Sept. 23 in The Incision. Get more at incision.substack.com.

Updated Sept. 30: This article was updated to note that it is not clear whether Border Patrol agents whipped Haitian refugees.