The long-awaited renaissance is under way 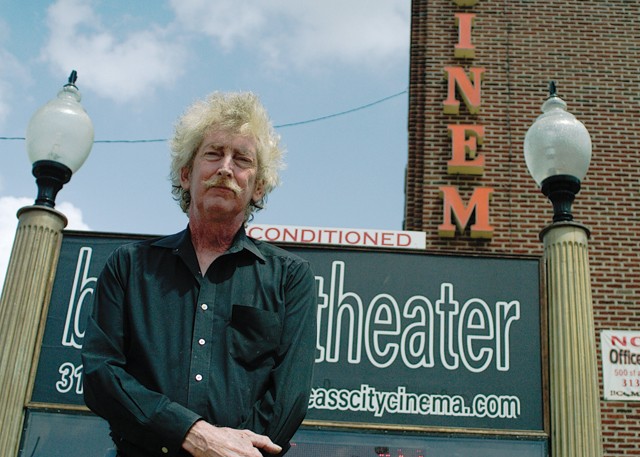 The first time I saw Joel Landy I wondered if he had any trouble getting admitted to the restaurant he was sitting in. This was at Atlas, a swanky bistro on Woodward Avenue, where booming Midtown meets the Cass Corridor. Landy was Corridor, to the max.

His hair was rumpled. His eyes were bleary. He was wearing a black T-shirt and some wrinkled pants that had seen better days, and he needed a shave.

He was there with my friend, the multitalented Bob Baldoni, a lawyer, gourmet cook and be-bop pianist, who just directed the best little movie you never heard of, Boogie Stomp!, a film that could make a stone troll fall in love with Bob Seeley and boogie-woogie.

Landy rambled on about this and that, and would only eat dessert, and not much. I decided the least I could do was treat him, when the bill came. But it never came. Landy shrugged. "Hey, I own this building. They owe me free food for a lifetime based on the break I gave them on the rent." I looked stunned.

"Actually, I own all these buildings, three square blocks," he told me. It was clear he was telling the truth. He offered me a tour.

How could I refuse? We saw his home, a magnificent 1882 mansion, partly restored, partly gleaming, partly still in ruins.

We saw his unbelievable collection of model trains, including one that is big enough to sit on and ride around his compound. (I was past being surprised when he told me he laid the track himself.)

We saw his roundhouse and his many workshops and a dazzling collection of head shop and underground posters from the 1960s, when Landy, then still a teenager, ran a business printing them.

Then we went to the former Burton School on Cass, which he also bought a few years ago. It was full of dozens of pre-schoolers, all colors, all races, half of whom were hard at work at my best subject, naptime. Elsewhere in the same building, he owns and operates the two-theater Cass Avenue Cinema, which just happened to be showing Eight Mile. My eyes were virtually bugging out.

This was someone whose thoughts on Detroit were worth hearing. Here was a man who had deliberately chosen to live where nobody once wanted to live, who is single-handedly creating a new form of community.

Not the failed Detroit of the last decades. Not some imitation gentrified Detroit that some suburban young "urban pioneers" say they are creating, in lofts they live in until the girls get pregnant and they scoot for the suburbs.

Landy's world is something different, and if you think he is a soft touch or a silly ancient hippie, notice the surveillance cameras, discreetly planted razor wire and alarm systems. He has proudly sent 17 (by his count) rip-off artists to jail for intruding on his turf.

What's more, he came by his money the old-fashioned way; he earned it and invested it. He grew up in Oak Park, dropped out of high school and moved to Chicago to be part of the counterculture scene. Sometime in his early 20s, he landed back in Detroit.

He had one talent befitting a true son of Motown: he could fix cars — foreign cars — when few other people could. He opened J&L Foreign Auto Center on Gratiot and Conner, and made some money.

Made it, and sunk it into real estate. He renovated the crumbling old Addison Hotel on Peterboro, the building Atlas is now in, into a beautifully restored apartment building. He bought the old Jefferson School that the city was about to demolish and made it home to a thriving charter school operation that makes him money.

Landy has put studios for urban artists and facilities for movie producers in another part of what is now called the Burton Center for the Arts. He believed in the Corridor when nobody else could, or did.

"I would always say, 'Where are the smart, aware people? Isn't anyone awake? Can't anyone see what is here?'

"Thirty years ago, I was buying a 23-room mansion filled with antiques and with two Packards in the garage for $4,500, and I thought, where is the rest of the world?"

Landy's friends laughed at him. He and his girlfriend, Linda Morris, hunkered down and waited for the world to catch up. Meanwhile, they just kept investing in, and fixing up, property.

Today, it may be that fewer people than ever believe in Detroit, which politically is hovering close to bankruptcy, rule by emergency manager, or perhaps worse. But Landy sees something very different.

Joel Landy thinks that Detroit's much-predicted renaissance is here at long last. "I'm seeing it. This time it's real. Every day, 20 or 30 people are moving here and looking for housing downtown.

"What is that? Every week I see 10 or more people inquiring about starting a new business downtown, and what I see is only a small sample," Landy told me. During the real estate boom that ended with the crash of 2008, the developer himself gradually renovated "more than 100 quality dwelling units in Midtown and downtown.

"Now, for the first time, there is NO VACANCY in any of them," he said. "That's been happening for almost a year now.

Lots of local film aficionados are excited about the opening of the much-ballyhooed film Detropia. Landy isn't one. He's not impressed at all, in fact, and he's a man at home with gritty.

"The producer-directors lived in my building for the year they were here. Their film [turned out to be] a very depressing look at Detroit." Not surprisingly, he told me the film uses the rotting hulk of Matty Moroun's Michigan Central Station as a symbol of Detroit.

"That's not a monument to anyone except one greedy businessman." Landy paused on his front porch, which might be a better metaphor for the city. Once great, better than it was, still in need of more work. Around his feet are architectural wonders — and empty cans of cat food Linda sets out for the half-feral native critters.

The filmmakers got overwhelmed by the devastation and decay, he told me. And there's no denying it's there; just wander a few blocks in from Joy Road and Southfield, for example.

"But a reality that brings hope is the thousands of people, young and old, who are moving here to work, live, invest and have that special vision to see through the grit and find the good."

My guess is that Joel Landy, eccentric as he is, is on to something. Detroit is coming back, or being reborn. Not in a way the hopeless clown politicians in city government can imagine.

Not in a way necessarily envisioned by the governor, or the nostalgic old whites in the suburbs who left in 1970. No, it will be something incredibly different, tough, vibrant and alive.

Landy and I may not live to fully see it; we both hit the big six-oh this year. But I think those cute kids in his Montessori school will.

William Butler Yeats has been dead since 1939, and never came to Detroit. But his poem "The Second Coming" asked the right question for our times. "What rough beast, its hour come round at last, slouches towards Bethlehem to be born?"

My guess is that when it comes to prophets, I'd trust Joel Landy to recognize that beast more than I would Dave Bing.