ICYMI: Justice for Aaliyah, marching for abortion rights, that time the White Stripes played at the DIA, and more 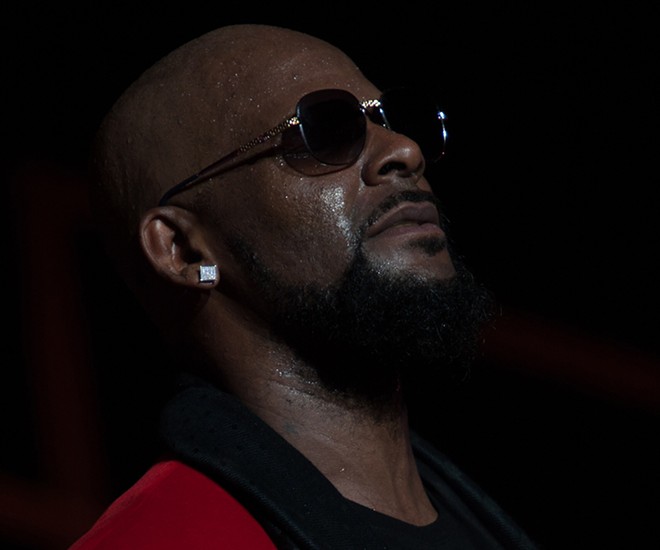 Last week, a jury in the Eastern District of New York convicted singer R. Kelly of eight counts of sex trafficking and one of racketeering, which included the charge that Kelly had a government employee bribed to allow him to marry the late Detroit star Aaliyah in 1994 when she was just 15. Surviving R. Kelly executive producer dream hampton, whose Lifetime doc helped reignite the case against Kelly, said on Twitter that she was “grateful to the survivors. The ones who talked and the ones who didn’t.” Kelly is set to be sentenced in May, facing 10 years to life in prison, as well as additional charges related to child pornography, obstruction of justice, and prostitution in Illinois and Minnesota.

Hundreds of protesters gathered in Lansing on Saturday to protest in support of reproductive rights, one of dozens of rallies across the country before the U.S. Supreme Court began its new term on Monday. The court, which now has a 6-3 right-wing majority, agreed to hear arguments Dec. 1 on a Mississippi law banning abortions after 15 weeks, a case that poses a significant challenge to Roe v. Wade, the Supreme Court’s 1973 ruling that declared abortion to be a constitutional right. “This really is an alarming time for women in our country, given the Republican majority now in the U.S. Supreme Court,” said U.S. Sen. Debbie Stabenow, a Lansing Democrat, according to Michigan Advance. “It is very scary and the stakes could not be higher.”

Gov. Gretchen Whitmer vetoed four election bills at a dinner with the Detroit NAACP on Sunday, saying the legislation was intended to restrict voting access and perpetuate baseless claims about election fraud. “Right now, Michigan Republicans are participating in a coordinated, national attack on voting rights that is designed to undermine confidence in our election system and systematically disenfranchise Black voters, communities of color, older voters, and college students,' Whitmer said in a statement. "I will have no part in any effort that grants an ounce of credence to this deception, so harmful to our democracy.”

The White Stripes’ 2001 performance at the Detroit Institute of Arts’ Rivera Court has been immortalized on wax. Jack White’s Third Man Records is releasing a box set titled The White Stripes — Live At The Detroit Institute of Arts as part of its Vault fan club. According to TMR, the two sets performed by the rising band led to the DIA breaking its single-day attendance record, but the massive crowd threatened the safety of the museum’s priceless works of art. “That was the best thing we’ve ever done,” a DIA leader reportedly said, via TMR. “It was also the worst thing we’ve ever done.” Fans have until midnight on Oct. 31 to sign up for the limited edition release.