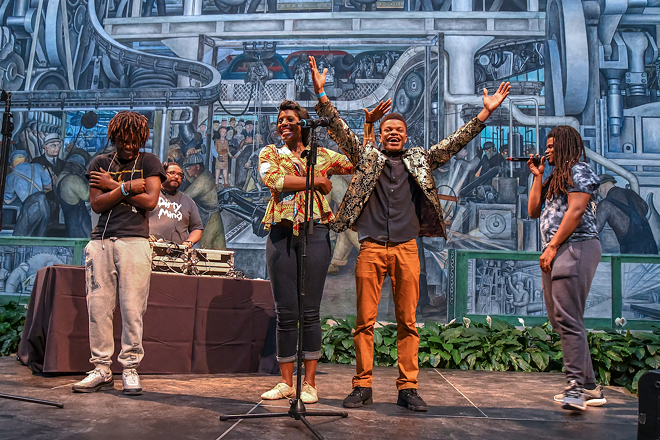 The Knight Foundation announced the return of the Knight Arts Challenge to Detroit in hopes to support the creative minds impacted by the COVID-19 pandemic. The KAC allows local artists to apply for a share of $2 million in funding to support their creative ambitions.

The application process is simple: applicants must answer a single question in under 150-words, “What is your best idea for the arts in Detroit?”

KAC has awarded over $14 million to artists and projects around the country since its creation in 2008. Knight Foundation Vice President Victoria Rogers said she looks forward to seeing the continued impact of the KAC.

“Through the Knight Arts Challenge, we want to support artists and art organizations who are showing the way forward as cities reopen, and encourage them to embrace new forms of expression that mirror ways audiences are engaging with art,” Rogers said in a press release. “We look forward to adding new artists and ideas to help bring their incredible works of art to life.”

The Knight Foundation was established in 1950, in hopes of supporting art and journalism in the cities where John S. and James L. Knight once published newspapers. Knight Foundation president Alberto Ibargüen said he believes the arts are an important part of bringing a community together.

“The arts are a powerful tool to bring people together; they foster community,” Ibargüen said in a statement. “Detroit’s reopening is the perfect time for artists to express the new narrative of a reborn Detroit.”

This year, KAC is looking to support projects that have digital and interactive interfaces that can be implemented throughout the city of Detroit.

Artists are encouraged to apply through July 31, and winners will be announced in the fall. On July 26, a town hall meeting will be held for artists to discuss ideas and ask questions.