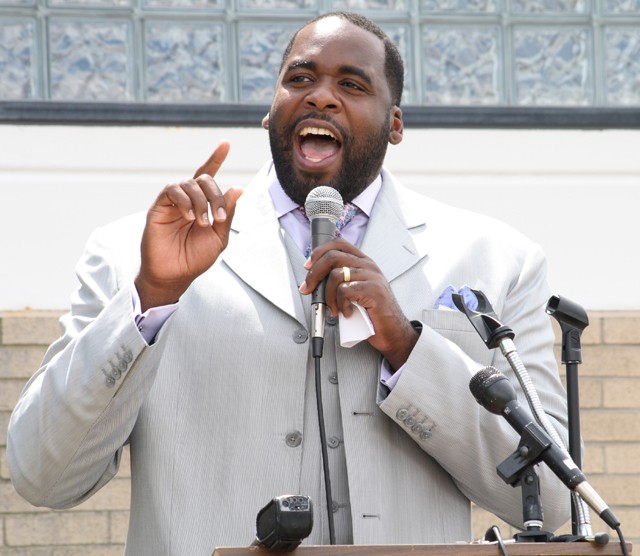 We've discussed the citywide hangover from the Kwame Kilpatrick era in this column before. Now we're starting to think of the Detroit Charter Commission as the ongoing treatment for the city that's still feeling it. And we're reminded, after attending the commission's first "convention" last weekend, that not only did Kwame give us this headache, the former City Council's criminal behavior and just plain silliness made this town in need of some greasy food and more than a couple aspirin.

The charter commission is trying to deliver that.

After nearly a year of its own meetings and other smaller public sessions, the commission last weekend held the first of three large gatherings intended to give Detroiters a chance to really talk about what their future government should look like. About 100 people attended the first convention, focused on governmental structure and services, at Schulze Academy on the city's west side. Additional conventions are scheduled for Nov. 20-21 at the Brenda Scott Academy to discuss tax and economic policies and neighborhood development, and Dec. 4-5 at Cass Tech High School, where city officials from the executive and legislative branches will present.

The nine-member commission plans to produce a proposed charter by May. That would give the needed time for its review by the Michigan attorney general and the Detroit city clerk, as law requires. Detroit voters would decide whether to adopt the charter at the polls next November.

"It's Detroit's document," says attorney Jenice Mitchell Ford, the commission chair. "Why is it important? Because it touches every part of our government and impacts our daily lives and city services."

But what the new charter will look like is a long way from being determined.

Should it be a prescriptive charter, detailing what city departments must exist? Or should it provide more of an open framework that, for example, would leave a mayor with the power to decide what city operations should occur at all?

And should Detroit even have a strong-mayor form of government? Some Michigan cities — albeit smaller ones — label one of their city council members "mayor," but have a professional city manager who runs the administrative branch of the city government.

As for the council, the embarrassing shenanigans (not to mention bribe-taking) of previous members are influencing the debate.

"There's got to be something positive that comes out of all the things that have happened in our city," Bishop Edgar Vann, of Second Ebenezer Church, said in his lunchtime speech that reflected on Detroit's past but also urged the audience to work toward its future.

The council-by-districts issue is a thorny one. The charter was amended last year to add the voters' decision to adopt some way of electing some City Council members by district instead of at large, as is now the case. But details need to be determined: How many council members? How will districts be drawn? And, getting at one of the presumed voter motivations, how can general accountability be increased?

Some convention attendees raised questions about the wisdom of council-by-districts, even though voters passed it overwhelmingly. Those comments frustrated Vince Keenan, the director of Publius, a Detroit-based nonprofit that focuses on voter education.

"There was a vote. It passed and it's law," he says. "I think part of the challenge is there's definitely a group of people, deeply entrenched opposition, and there's enough people that think that way that they can come to a meeting and make it seem like it's 50-50."

Detroit attorney William Goodman, while hoping it's never used again, thinks one of the charter's sections in dire need of a rewrite is how to remove the top city official. Goodman worked as counsel for the Detroit City Council during the Kilpatrick debacle and spent time interpreting existing and confusing charter provisions.

"As we have seen in the recent crisis over the mayor's misuse of his public office, the city charter must be clarified so that there is a workable and sensible method available to the City Council to remove the mayor on the rare occasions when that is necessary," Goodman says.

News Hits is edited by Curt Guyette. Contact the column at 313-202-8004 or NewsHits@metrotimes.com.