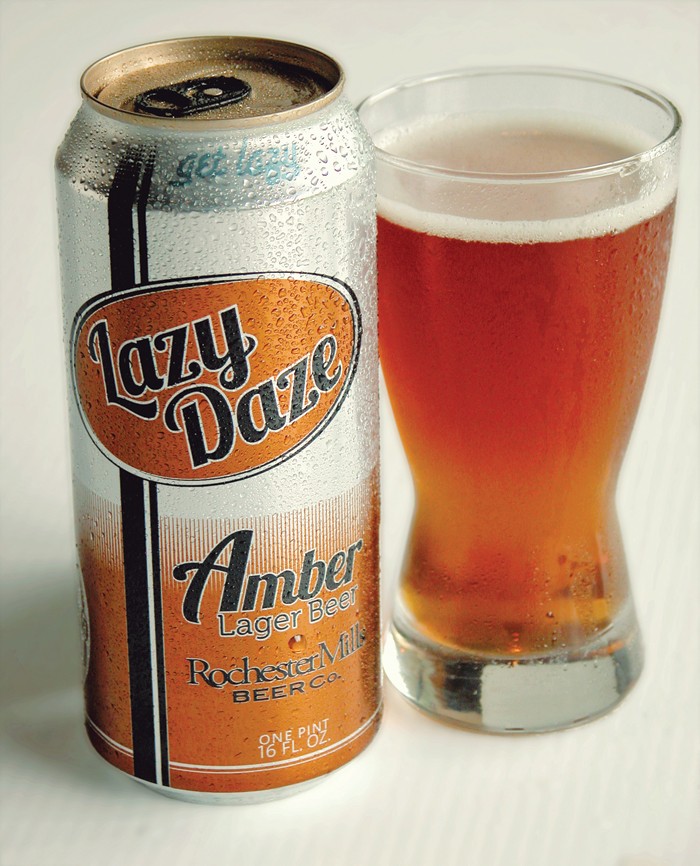 The first lager introduced into Rochester Mills’ portfolio of year-round beers, Lazy Daze is described as an easy drinking “gateway” into the brewery’s more flavorful craft-style brews. And while Lazy Daze debuted less than a year ago, Rochester Mills actually first brewed it by accident several years ago. That happened when several bags of caramel malt were inadvertently added to the original Lazy Daze lager recipe, resulting in a darker beer than their popular golden lager. The initial batch quickly became a hit with pub regulars, but did not make the cut when it came to choosing beers for regular rotation — it simply wasn’t up to the standards of the other lagers available. However, the brewers knew they were on to something, so they continued to tweak the recipe, introducing the amber version of Lazy Daze last August.

Munich malt and German hops give this beer a subtle sweetness, but overall you’ll find it a balanced brew, in a classic amber lager style. It’s medium-bodied, with a rich, amber color. Some reviewers claim the beer is brewed in the “Vienna” style, whereas others call it “Munich” style, but regardless of semantics, you’ll find notes of honey, biscuits, apples, and herbs in both the nose and palate. A wonderful warm-weather beer, Lazy Daze packs enough flavor to carry you all the way to fall. This beer comes in at a 5.25 percent ABV and is widely available in cans at local markets. Find it on tap at Rochester Mills Beer Co. in downtown Rochester Hills, and at various other pubs around town.