Like an unloved, regifted fruitcake, the movie keeps coming back 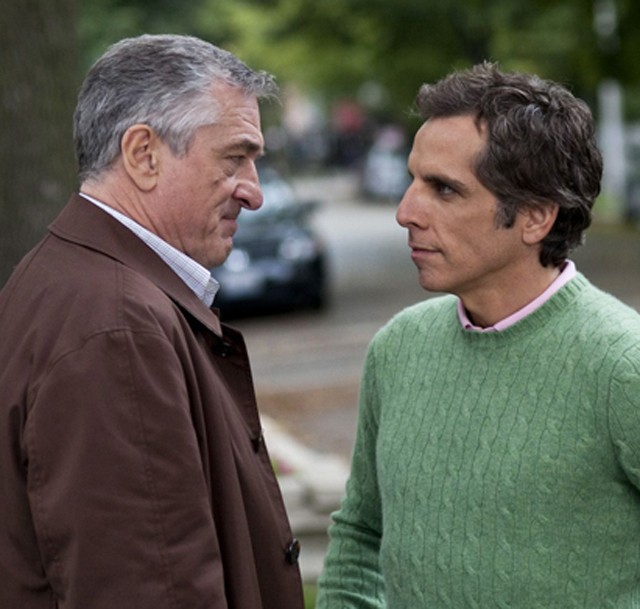 The Meet the Parents/Fockers franchise is sort of like that one distant cousin you see only on holidays, pleasant enough to pass the green bean casserole to, but just a tiny bit boorish, and certainly not someone you'd like to see on a regular basis. Yet the series has stashed away mountains of cash for Paramount, and so a decade on from the first installment, like an unloved, regifted fruitcake, it keeps on returning to multiplexes.

Ben Stiller and Robert De Niro are right back at each other's throats, and likely will be until their neck skin sags like a turkey's wattles. This time out, the utterly superfluous attempt at a plot revolves around former CIA hard-ass Jack Byrnes (De Niro) refusing to give the benefit of the doubt to his well-meaning klutzy son-in-law Greg Focker (Stiller) even a decade later. After a mild heart attack scare, Jack finally feels it's time to trust Greg with the future reins of the family sleigh, and he ceremoniously anoints him as the "God Focker." Even in a series known for its puns and extended dick jokes, this is thin gruel indeed. Even this new title isn't enough for the perpetually paranoid Jack, who sets about interfering in everything from his grandkids' kindergarten interviews to spying on Greg and his entirely too attractive co-worker, Jessica Alba, in a dream role for her, as a ditzy, boozed-up strumpet. Teri Polo as Greg's long-suffering wife, gets reduced to bit player status as does just about everyone else, including Dustin Hoffman, Blythe Danner and Barbra Streisand in glorified cameos. There's even an appearance from Harvey Keitel, as a contractor who has an amusing shouting match with De Niro but this is a long, mighty long way from Mean Streets.

Owen Wilson is on hand playing Owen Wilson, a smug, self-absorbed millionaire phony who drives a Tesla, hangs around with Deepak Chopra and saying such things as, "Our good friend the Buddha."