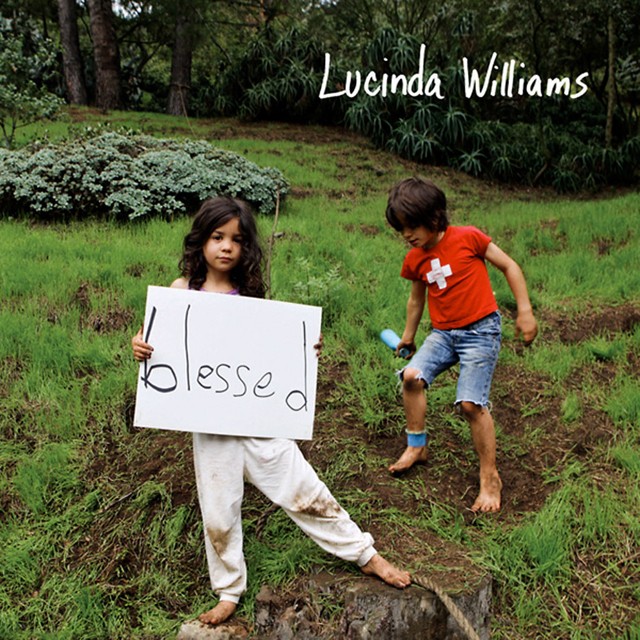 A shame the mainstream mostly knows Lucinda Williams via 1998's Grammy-winning Car Wheels on a Gravel Road, if they know her at all, because her tenth studio release, co-produced by Don Was, is yet another in a decade-plus chain of equally great Americana albums.

Kicking off with the pop-bluesy 'n' boozy "Buttercup," a classic Williams kiss-off, this one to a junkie ex-lover ("You've already sucked me dry," she slurs in her trademarked Olive-Oyl-as-sex-kitten voice), the LP then changes musical direction to a more downbeat, folksier mode.

Only "Seeing Black" — about her friend Vic Chesnutt's tragic Christmas Day suicide ("Was it too much good you felt you lacked?/ Was it too much weight riding on your back?/ When did you start seeing black?") and featuring a devastating Neil Young-like guitar solo from Elvis Costello — reaches the level of raucousness. But downbeat doesn't mean without hooks, as the lovely Appalachian-esque "Ugly Truth" shows.

As a songwriter, Williams is romantically content these days — so her material now focuses on sources outside herself, including the death of longtime manager ("Copenhagen," eerily reminiscent of Bowie's "Sweet Thing"), families split by war ("Soldiers Song"), or simply offering up a spiritual salve for the frequent misery of existence ("You weren't born to suffer/ You were born to be loved"). Beautiful stuff.