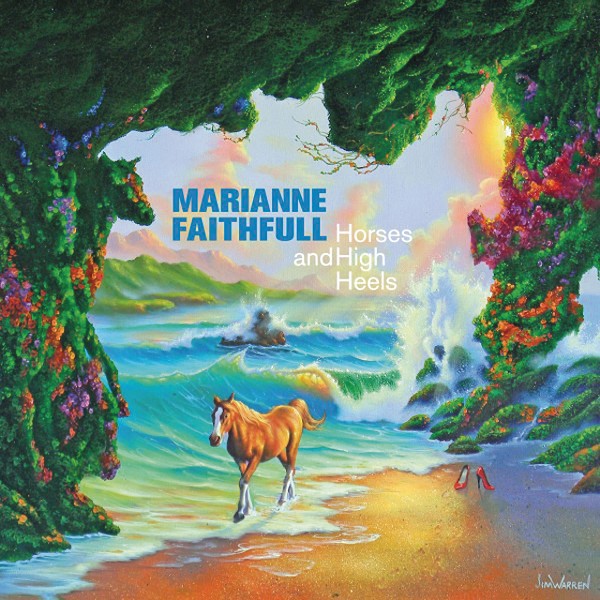 Battle-scarred British singer and Stones survivor Marianne Faithfull has traveled this territory before. But on her latest collection of (mostly) cover songs featuring cameos by other wrinkled veterans, she sounds tired and disconnected from the material. Of course, that's been her selling point since she reignited her career on 1979's terrific Broken English. But the songs on Horses and High Heels — Greg Dulli and Mark Lanegan's "The Stations," Carole King's "Goin' Back" — don't sound particularly suited to Faithfull's raspy, worn-out voice, and the lethargic arrangements only call attention to the album's all-around numbness. Producer Hal Willner does little to spark Faithfull, her band, or collaborators Lou Reed and Wayne Kramer. Like a horse in high heels, the album has a hard time finding its footing.