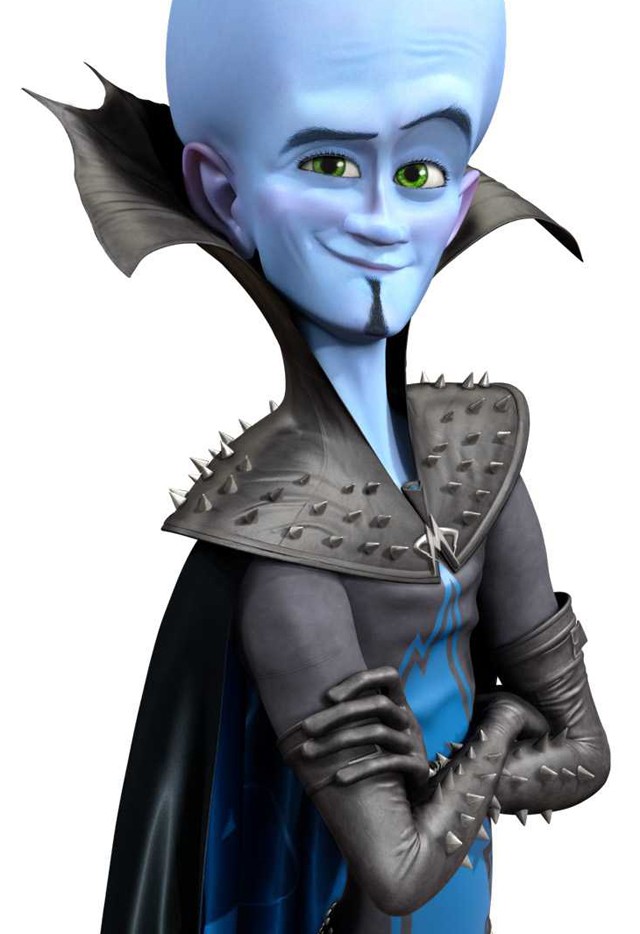 If you missed the last mediocre 3-D computer animated movie about a misunderstood super villain who reforms himself into a hero (aka Despicable Me), well, here's another. The animation's a bit snazzier, the jokes a little hipper and, hey, it's got Will Ferrell and Jonah Hill and Brad Pitt and David Cross (instead of just plain 'ol Steve Carrell and his funny accent). Between the two flicks, Megamind is definitely the overachiever.

And yet, it isn't quite as good.

even the best ones, are far too self-conscious. Director Tom McGrath (who did the two Madagascar movies) underlines and telegraphs every gag with a "get it?" repetitiveness that probably works for 7-year-olds but will inevitably irritate their elder chaperones. Not that the tots will "get" references to Shepard Fairey's Obama poster (with the nefarious Megamind using the slogan "No you can't!").

Ferrell is the titular evil-doer, a blue-headed alien whose home planet is destroyed and whose infant rocket is bumped off course by the escape-pod of extraterrestrial neighbor (and square-jawed superhero-to-be), Metro Man (Pitt). While Metro Man ends up being adopted by wealthy, loving human parents, Megamind crashes into a prison for the "criminally gifted," where he's raised to believe it's good to be bad. Thus begins a lifelong rivalry, with the brainy blue bad guy and his fish-like minion — named Minion (Cross) — attempting to defeat their self-centered Superman-like arch-nemesis. Unsurprisingly, this involves kidnapping ace reporter Roxanne Ritchi (Tina Fey) and employing a diabolical new weapon.

Things take an unexpected turn when Megamind's latest ploy succeeds and, in an almost too-dark for kiddies twist, Metro Man is killed. At first, ruling Metro City is a hoot. But Megamind soon discovers his life is meaningless without anyone to oppose him. So, he sets out to create a new heroic foe, accidentally turning a nerdy cameraman (Hill) into the super-powered Titan. Unfortunately, Titan turns out to be a malevolent jerk, forcing the former villain to become a hero, save the city and get the girl.

As a contortion of comic book tropes, Alan J. Schoolcraft and Brent Simons' script cleverly dots its I's and crosses its T's. The action is handled well, the sentimental moments less-so, but the voice talent is always top-notch. In fact, for a Dreamworks project, the characters have a bit more depth than usual, riffing on the outsized egos of its leads. Unfortunately, it's not enough to overcome the film's many clichés. The whole affair feels too calculated and contrived, like a senior thesis in computer-animated screenwriting. All the zippy 3-D effects and instances of visual splendor (and there a few) can't compensate for a story that lacks spontaneity, heart or soul.

And like the worst animated fare, it never misses an opportunity to toss in yet another licensed rock tune. You know a movie's scraping for laughs when it includes "Bad to the Bone," "Highway to Hell" and Michael Jackson's "Bad" as themes for its villain.