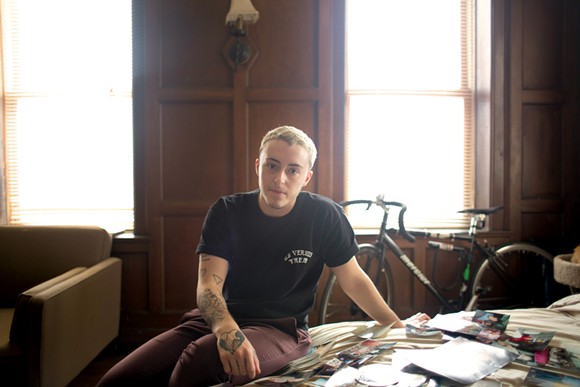 In January 2015 I got a text message from Alia Ismail. She wanted to meet up at a coffee shop. She said she had something important she wanted to discuss with me.

She and I had been classmates in middle and high school, but were nothing more than acquaintances. We'd share a passing wave in the hallway, but that was the extent of our relationship.

But all that changed during senior year, when her appearance drastically transformed. Her dark locks were chopped into a short crop. Soon loose jeans and button-ups would replace her off-the-shoulder tops and frilly skirts. She came out to family and friends. She was gay, she told them.

As an Arab-American raised in Dearborn, she faced some backlash. Some friends stuck by her, but most of the people in her social circle turned their backs. Some had a hard time comprehending that this stereotypically beautiful girl had traded in her coveted feminine traits for more masculine ones. But that was only the beginning of Alia's transformation.

On a bitter January morning we sat in a coffee shop and Alia told me she wanted her outward appearance to better reflect how she felt on the inside. She was going to become a man. And she wanted me to photograph her transition.

Three thousand images later, Alia is now Issa. He's been through a year-and-a-half of weekly testosterone injections and now grows wispy facial hair. His voice has lost its femininity. Earlier this year he underwent a bilateral mastectomy and a nipple graft to make his body appear less curvy, his chest more masculine. He now identifies as an Arab-American queer transman.

Later he'd tell me that he didn't want to document his transition as a ploy for media attention, although that's exactly what happened.

"I wanted to normalize the transition process within my community," he says. "And I wanted these photos for myself. I wanted to remember what I looked like."

In the midst of our photo documentation, a filmmaker named Lorne Clarkson began to film Issa's transition. He used the footage to craft a documentary called My First Year which Issa says will be submitted to film festivals next year.Issa also wanted to create a body of work that could help people hoping to join the LGBT community.

"When I first came out, I had no idea what terminology to use, so I wanted to help other people who are new to the community," he says. "Documentaries are targeted towards a cisgender audience and that doesn't help us much. I wanted to take this journey so people can see how I did it and find their own path to become their true self."

He's quick to add that both the photo series and the documentary are narratives about his personal sojourn.

"I want to be very careful," he says. "I don't want people to think I'm speaking on behalf of the entire community. This is my journey." 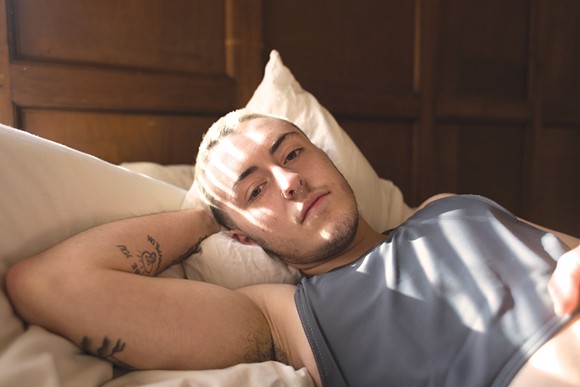 Liv Martin is a photo intern at Metro Times and a student at College for Creative Studies.