Looking back over 30 years of MT 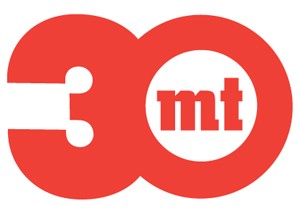 22 years ago in Metro Times: Rene Riley is appalled by the 600 percent increase in war toys as the holiday season approaches in the article "War Toys are Us." Riley discusses the increase in popularity of toys that include G.I. Joe, He-Man and Voltron, and states that 100 million G.I. Joes have been manufactured since 1982. Riley is concerned about the effect that He-Man and G.I. Joe might have on the kids: "Some parents and social critics worry that war toys may be molding the next generation to think positively about armed conflict." Although Riley is concerned, she writes that there is "relatively little research demonstrating that war toys make children more aggressive." Since then, video games have completely changed the playing field for violent toys. Titles such as Grand Theft Auto and Halo continue to fly off shelves; Call of Duty: Black Ops and Halo: Reach are bound to be huge titles this Christmas. This year, Craig Anderson, an Iowa State University professor, concluded that violent video games can make kids more aggressive. What was happening: Keith Richards at the Fox, Jane's Addiction at Clutch Cargos, Anvil at the Ritz.

7 years ago in Metro Times: Jeremy Voas does an investigative report himself on WXYZ Detroit's investigative reporter Steve Wilson, saying Wilson has some explaining to do about "Citizens Fund for the Right to Know." The fund is set up online by Wilson and his wife, Jane Akre, after they are fired from WTVT, a TV station in Tampa, Fla. An article in Atlanta's Creative Loafing states that Wilson and Akre put more than $1 million down on a home in Jacksonville, Fla. After a few questions with Wilson about the fund, Voas quickly sees a contradiction: "Somewhere between Cobo Hall and the studio, Wilson had shed his high-minded right-to-know philosophy. He didn't appreciate my questions and insisted I was wrong to ask them." Wilson continues to deny Voas any information on the legal fund, and even denies him a copy of his résumé. This year, Wilson's contract was not renewed with WXYZ, and he has been working on launching a website, MichiganNewsCenter.org, where he promises "tenacious journalism in the public interest." The website is accepting contributions; to become a "founding member," the Michigan News Center asks that $1,000 to $5,000 be donated. What was happening: The White Stripes at the Masonic, Uncle Kracker at the Emerald Theatre, Deftones at the State Theatre.