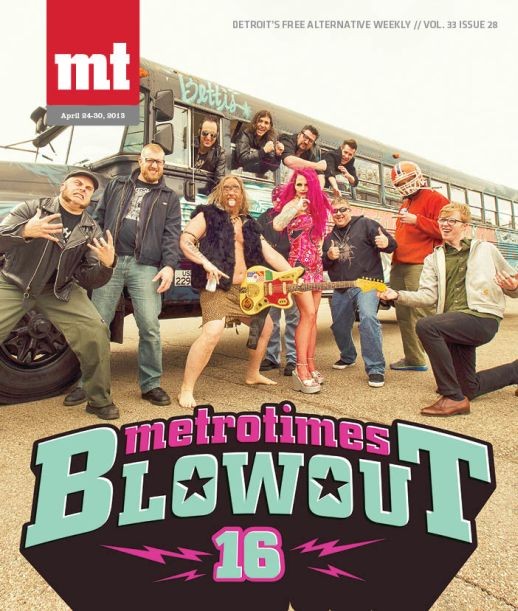 It’s that time of year: when some of the most talented performers in Detroit music descend on our metropolitan streets to take the stage at various venues and rock us silly. But this year it’s bigger, longer and better than ever. So we put together a few choice profiles of some of the bands that will rock Hamtramck this weekend.

Oh-so-many words could introduce you to punk rock icon Tesco Vee – and most of them would offend you.

Coming to Blowout, Sponge is primed to absorb some Detroit love.

Danny Kroha and his posse get set to take the stage at Blowout on the eve of their debut release.

When the Rizzle is Hizzle

Where the Wild Things Are

All the Wild Children frontman Paul Clos revels in his juvenile delinquency.