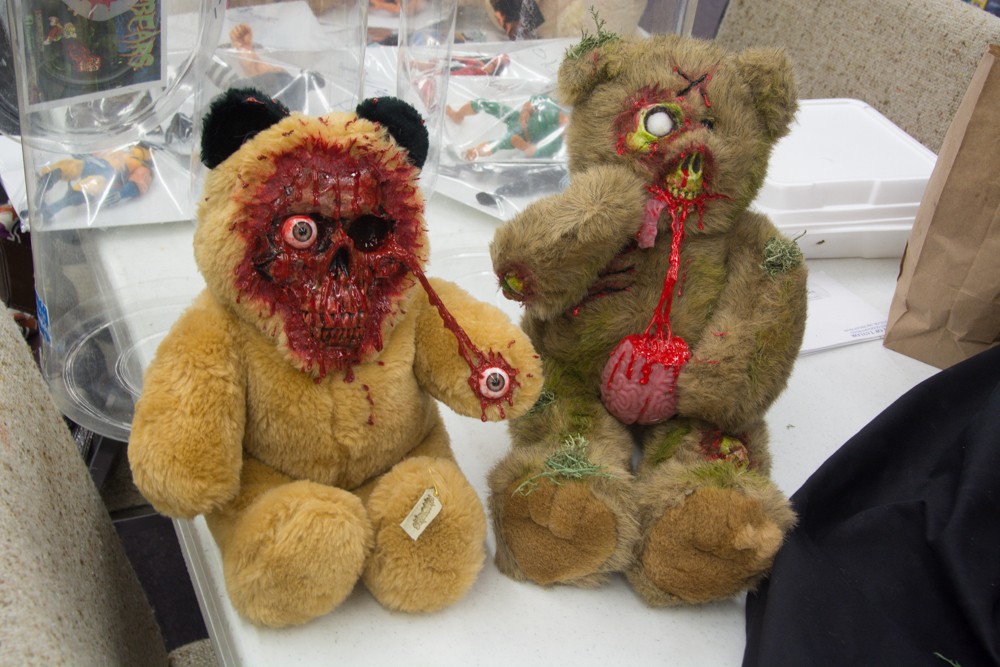 Looking for something cute and cuddly for the sick and twisted? Look no further than Scare Bears, created by Livonia artist Jay Langley. Each bear is handmade and involves varying levels of gore — from almost comical zombies with bulging eyes to truly disgusting bears ripping off their own faces. Langley made his first Scare Bear for his child, who wanted a bear with silly eyes. Since then, Langley makes the bears in his spare time — assembling the bears at home or taking them to work and painting them on breaks during his midnight shift at an auto plant. The level of intricacy has increased dramatically since the original Scare Bear was created. The more complex bears have skulls and brains sculpted with resin and many layers of paint.

After first appearing on Hardcore Pawn, Langley’s creations were discovered by Dennis Barger of Wonderworld Comics (22347 Ecorse Rd., Taylor; 313-292-8697). The bears have enjoyed much success in the convention circuit, with Danny Trejo of Machete fame being a repeat customer and spokesperson for Scare Bears. If you are looking to purchase a Scare Bear, you can find them at Wonderworld Comics or you can contact Langley directly through Facebook. Prices range from $40 to $125.