Michigan movie theaters are reopening this week, but... why? 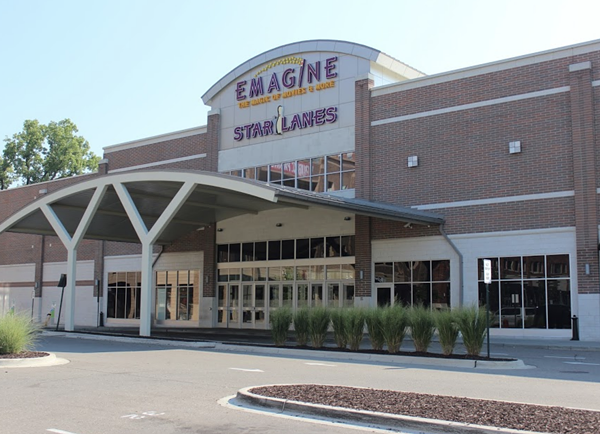 Due to new orders from the state of Michigan, movie theaters — as well as bowling alleys, casinos, stadiums, and high schools — are permitted to reopen... despite the fact that while coronavirus cases are going down, they still remain far higher than what they were in the previous peak in the spring.

Capacity limits are set at 100, and masks are required. The theaters will implement thorough cleaning procedures, as well as social distancing requirements.

But they don't expect to make any money. That's because per orders from the Michigan Department of Health and Human Services, concessions aren't allowed.

Emagine chairman Paul Glantz said concession sales represent 48% of the chain's per capita income, according to The Detroit News, and while the theater will allow for carry-out concessions orders... why would you buy overpriced popcorn to munch on without a movie?

Plus there's the fact that in a year when Hollywood was disrupted, pickings for new flicks are slim. At Emagine, the big-tent movie is Wonder Woman 1984, which opens Friday, but that film is also being simultaneously released to stream on demand on HBO Max through a new deal with Warner Bros. Other films at Emagine include Monster Hunter, Fatale, The Croods: New Age, and older Christmas flicks like The Muppet Christmas Carole and Daddy's Home 2.

"The importance of opening is that we're all creatures of habit and taking movie-going out of one's habit this year is detrimental to our business long-term," Glantz, who has previously sparred with Governor Gretchen Whitmer over the state's lockdown, told the paper. "It's really important we get open because the week between Christmas and New Year's is typically one of the busiest times of the year."

That's a curious logic because the virus evolved to thrive on the habits of host creatures, especially social host creatures like humans, where it can spread from one host to another.

Indoor dining at restaurants remains closed until Jan. 15, and we're a bit confused why the state didn't postpone reopening these other industries until then, too.

Anyway, if you must see a movie, please be safe.